This weekend’s fixtures will see two games involving Associated Press’ (AP) ranked vs. ranked teams, while several other ranked teams will be on the road hoping to avoid any sort of upsets. ESPN, ESPN2, WatchESPN, ABC, FOX and Fox Sports are among the broadcasters of today’s list of games.

Clemson opened the defense of their national title with a crushing 52-14 victory over Georgia Tech with Travis Etienne rushing for a career-high 205 yards and three touchdowns and the Tigers tallying 632 total yards.

Texas A&M also opened its season with a comfortable victory, after routing Texas State 41-7 in Week 1 last Thursday night. In that win, Kellen Mond threw three touchdown passes and ran for another score in a little over three quarters.

Freshman Isaiah Spiller and first-year starter Jashaun Corbin also ran for over 100 yards each for the Aggies.

On Saturday, both Clemson and Texas A&M are expecting a much tougher contest when they go head-to-head in what will be a rematch of last year’s game in College Station, which the Tigers held on to win after stopping a late two-point conversion.

Despite the close match-up last year, Clemson is considered an overwhelming favorite for this weekend’s clash with ESPN’s Football Power Index giving the Tigers more than an 87 percent chance to beat Texas A&M.

Don’t forget that live coverage of this game from the Memorial Stadium in Clemson, starts at 3:30 PM ET with ABC providing the live television broadcast and WatchESPN streaming the coverage.

The day’s second AP ranked vs. ranked match-up will come from the Royal-Texas Memorial Stadium in Austin, where LSU and Texas will meet in their first regular-season meeting since 1954.

The Tigers opened their campaign with an unchallenged 55-3 victory over Georgia Southern last Saturday night with Joe Burrow matching an LSU single-game record with five touchdown passes before halftime.

Burrow, who completed 23 of his 27 passes for 278 yards without an interception, was replaced after LSU’s first possession of the second half, so he comes into this game rested and hungry.

Meanwhile, The Longhorns, who are searching for their first marquee victory of the 2019 season, rolled over Louisiana Tech 45-14 last Saturday in preparation for this contest.

Sam Ehlinger had a positive outing, throwing four touchdown passes and completed 28 of 38 passes for 276 yards in the win.

According to ESPN’s Football Power Index, LSU has an 80 percent chance to beat Texas on their home turf, but something is telling me that this marquee non-conference game will a very exciting encounter that could be decided by a few points.

Live coverage of this match is set for ABC, starting at 7:30 pm, while WatchESPN will have the live stream.

Elsewhere in Week 2, No. 2 Alabama will host New Mexico State, No. 3 Georgia entertains Murray State, fourth-ranked Oklahoma welcomes South Dakota, while the fifth-ranked Ohio State is expected to be well tested when Cincinnati comes to town.

In other games, No. 7 Michigan hosts Army, No. 10 Auburn faces Tulane at home and No. 11 Florida welcomes UT Martin.

Below is the complete College Football Schedule For Week 2

Ohio at Pitt 11:00am ACCN/WatchESPN

Army at No. 7 Michigan 12:00pm FOX/FoxSportsGo.com

No. 21 Syracuse at Maryland 12:00pm ESPN/WatchESPN

No. 25 Nebraska at Colorado 3:30pm FOX/FoxSportsGo.com

Murray State at No. 3 Georgia 4:00pmESPN2/WatchESPN Liverpool and Arsenal will battle in the highlighted English Premier League game of the Week at Anfield and you can watch it LIVE on Peacock.

Clemson coach Dabo Swinney thinks Texas A&M and Florida should be ahead of Ohio State in the College Football Playoff rankings. He believes the Buckeyes should not make the CFP top 4. 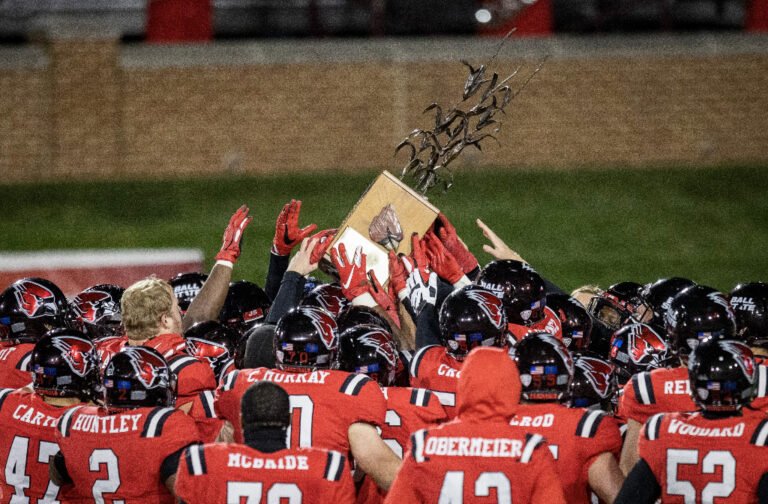