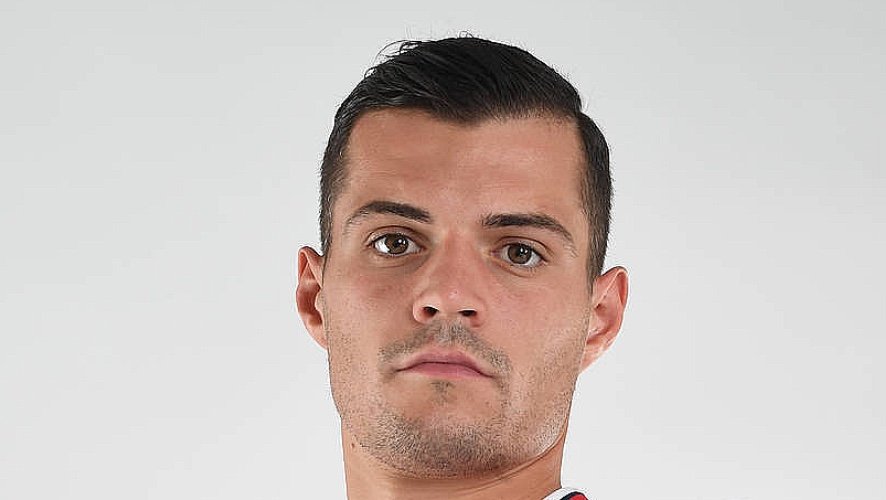 Unai Emery has named new summer recruits Dani Ceballos, David Luiz and Nicolas Pepe all on his bench for Arsenal, while midfielder Granit Xhaka takes the armband on his 100th appearance for the club.

Pierre-Emerick Aubameyang, who was linked with a summer move away from the club, leads the attacking line today, with fellow striker Alexandre Lacazette, who has had a recent ankle injury, recovered enough to make the bench.

Elsewhere, Gunners manager Unai Emery left both Mesut Ozil and Sead Kolasinac out of his matchday squad because of “security incidents” which are still being investigated by police.

Defender Kieran Tierney, who signed for Arsenal on deadline day, will not be available as he continues to be out injured.

Emery has decided to give his young players a chance to shine after naming two English teenagers, Reiss Nelson and Joe Willock, in his starting XI.

2 – Arsenal have named two English teenagers (Joe Willock and Reiss Nelson) in their starting XI for a Premier League game for the first time since February 1998 (Paolo Vernazza and Matthew Upson vs Crystal Palace), before either Willock or Nelson were born. Future. pic.twitter.com/pmoSSEmLN4

The Brazilian striker is the only new signing to make the starting XI, as Allan Saint-Maximin, Jetro Willems and Emil Krafth all start on the bench.

Sean Longstaff, who was linked to Manchester United during the summer transfer window, starts in midfield today for Steve Bruce’s side. LONDON (Sporting Alert) — Arsenal are being back to beat last year’s finalist Borussia Dortmund when the pair meet in a Champions League Group F clash at Emirates Stadium on Tuesday night. The following are also a list of the TV channels that will be providing live coverage for the fans that are unable to…