(Sporting Alert) — The following are the NFL games and television schedule for Week 2, which will continue on Sunday afternoon.

Following Wednesday night’s midweek game between the Chicago Bears and the Green Bay Packers, which the latter ran away with – 14 more games are on the card for Sunday, with a total of nine set to kick-off at 1:00 PM ET.

Amongst the earlier games will see the Minnesota Vikings travelling to take on the Indianapolis Colts, while defending champions New York Giants will host the Tampa Bay Buccaneers.

Star rookie Robert Griffin III, who was impressive in his first regular season game in the league last Sunday, will look to pilot the Washington Redskins to another win when they travel to take on the St. Louis Rams. RGIII starred with 19 of 26 passes for 320 yards, while throwing for two touchdowns in a commanding performance.

The Redskins, though could be without receiver Pierre Garcon, who is still nursing a foot injury that kept him out of practice all week. The club reports that he remains a game-time decision.

The San Francisco 49ers were one of the class teams last season and looked good in their opening game last Sunday where they defeated the Packers 30-22 with some strong defense and a positive outing from Alex Smith, who finished with 20 for 26 on passing for 211 yards. Smith also threw two touchdown passes.

Meanwhile, Mark Sanchez and the New York Jets are at Pittsburgh Steelers in a game many will be looking to see how the talented quarterback will build from the super performance he had last week with Tim Tebow breathing down his neck for the starting role. 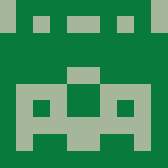