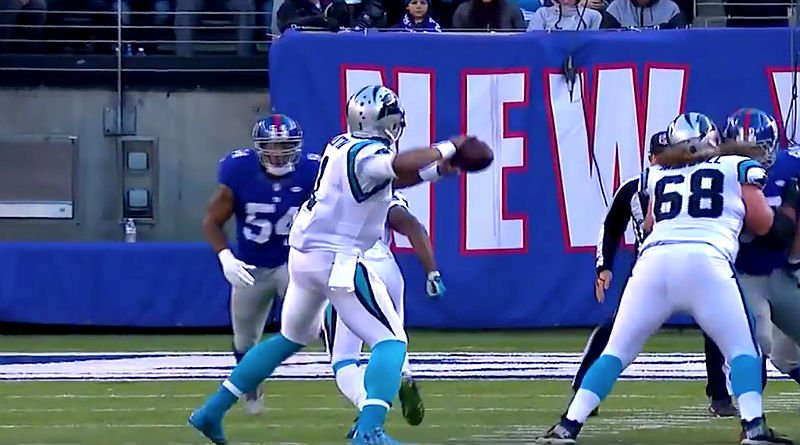 ATLANTA, Sporting Alert – Carolina Panthers will look to stretch out to 15-0 for the season when they take on the Atlanta Falcons at Georgia Dome on a very busy NFL Week 16 schedule on Sunday (27).

The Panthers (14-0) blew away the Falcons (7-7) 38-0 in a Week 14 rout, but you’d think Atlanta will improve in this divisional rematch on Sunday. Heading into this game, Cam Newton and the Co. are 7-point favorites to secure the win on the road.

After ending a six-game skid with a win over the Jaguars last week, Atlanta hopes to spoil Carolina’s perfect season by handing the NFC South Division champs its first defeat of the term.

According to ESPN’s Football Power Index, though, Matt Ryan and the Falcons have only a 27.2-percent chance of pick up the upset win, with the Panthers holding a 72.6-percent chance of completing the season sweep and drop Atlanta below .500 again this season.

In its last outing a week ago, Carolina picked up a 38-35 win against the New York Giants and needed a field goal to do the damage, this after blowing a big lead.

Meanwhile, Falcons coach Dan Quinn had revealed ahead of the game on Sunday that running back Tevin Coleman (concussion) and NT Grady Jarrett (shoulder) are both out of this clash.

However, linebacker Paul Worrilow will play despite swelling in his left knee, which limited his preparations somewhat during the week.

The Panthers are expected to be without running back Jonathan Stewart for the second straight game as he recovers from a foot injury, which means Newton and rookie running back Cameron Artis-Payne are set to take charge this week on offense in the push for perfection.

WHAT ARE THEY PLAYING FOR: The Carolina Panthers, already securing a place in the postseason — can lock up the top seed in the NFC playoffs with a win or tie against the Falcons. Newton and the Panthers can also seal the No. 1 seed if the Arizona Cardinals (12-2) fail to beat the Green Bay Packers (10-4).

Kansas City Chiefs have been very impressive over the past nine weeks in the NFL and Andy Reid is hoping his team can continue its good run against the Cleveland Browns (3-11) at Arrowhead Stadium on Sunday.

Kansas City goes in search of its ninth victory in NFL Week 16 and Alex Smith, who has passed for 3205 yards already this season, is being backed by the oddsmakers to lead his side to another win.

The Chiefs are 11-point favorites to get the business done once again this week with the Browns losing eight of its last nine games.

WHAT ARE THEY PLAYING FOR: Kansas City will equal the franchise record with a ninth consecutive victory if they knock off the Cleveland Browns in this fixture. The Chiefs, more importantly, can also clinch a playoff spot with a win and a loss by either the New York Jets (9-5) or the Pittsburgh Steelers (9-5).

The Jets will take their four-game winning streak into MetLife Stadium to take on the traveling New England Patriots (12-2), hoping for a win that could seal their playoff place.

Ben Roethlisberger will lead the Steelers into M&T Bank Stadium in Baltimore to battle with the Ravens.

The NFL Munday Night Football fixture comes from Sports Authority Field at Mile High where the
Denver Broncos (10-4) will battle with the Cincinnati Bengals (11-3).