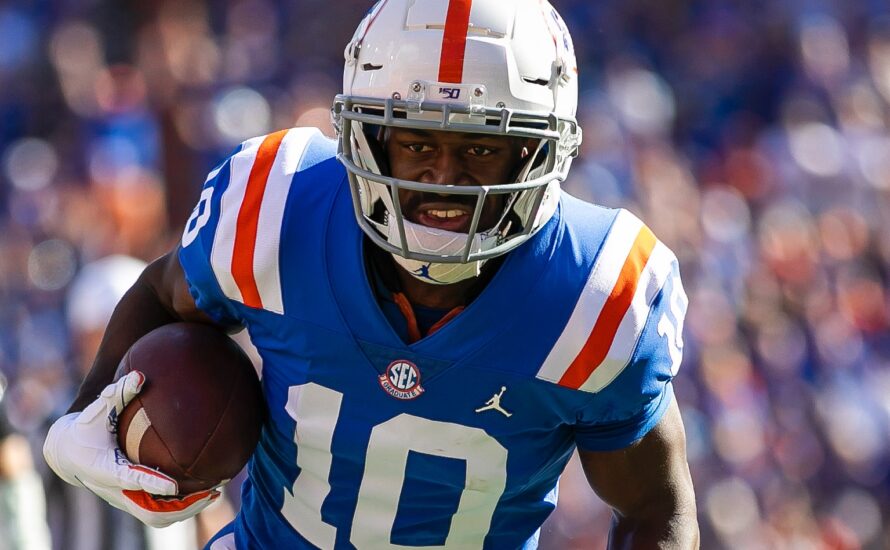 GAINESVILLE, Fla., Sporting Alert – Florida warmed up for next week’s clash with LSU with an impressive 24-13 victory over No. 7 Auburn in a college football Week 6 game on Saturday. | Box Scores

Kyle Trask threw for 234 yards and two touchdowns and Lamical Perine rushed 88 yards for a scored in the fourth quarter to guide the undefeated Gators (6-0, 3-0 SEC) to their sixth successive victory this season.

Perine, who carried the ball 14 times for 130 yards on the day, gave his team some breathing space in the Swamp when he broke loose and ran away from the Tigers defense to score a crucial touchdown with a little over nine minutes left in the fourth quarter.

The Gators start 6-0 for third time in the last 10 seasons.

“That was exciting,” Florida coach Dan Mullen said. “I’ll tell you what was awesome, the fans. The Swamp was what it used to be.

“We need the Gator Nation to give that effort like the team gives all the time. It’s hard for any team to come in here (and win) if that’s how the crowd is going to be.”

The victory means Florida remained undefeated this season and made a case that it belongs in the College Football Playoff discussion.

Freddie Swain took six catches for 146 yards and a touchdown, while Josh Hammond also caught a pass for a score for Florida, which delivered on defense, including harassing freshman quarterback Bo Nix, who threw three interceptions in the defeat.

“That’s the kind of defense we expect to play around here,” Mullen said.

“We’re going to get there,” he added. “There are a lot of things we can clean up and improve on. We’ll build on this.”

Seth Williams took four catches for 78 yards and a score and JaTarvious Whitlow ran for 81 yards for the Tigers (5-1, 2-1) who converted just 2 of 14 third-down tries.

Florida will now turn its attention to next week’s high-profile battle with LSU on the road — another game with College Football Playoff implications.

This game will be streaming live on the WatchESPN App, while ESPN College GameDay will report from Baton Rouge ahead of the massive SEC clash.

As expected, Florida State have finished the college football regular season as No. 1 in The Associated Press poll, while Auburn jumped to No. 2 in the rankings. In the midst of the Antwaine Richardson injury, Texas scored again via Shane Buechele’s run for 3 yds and the score is 37-34 in the third quarter.