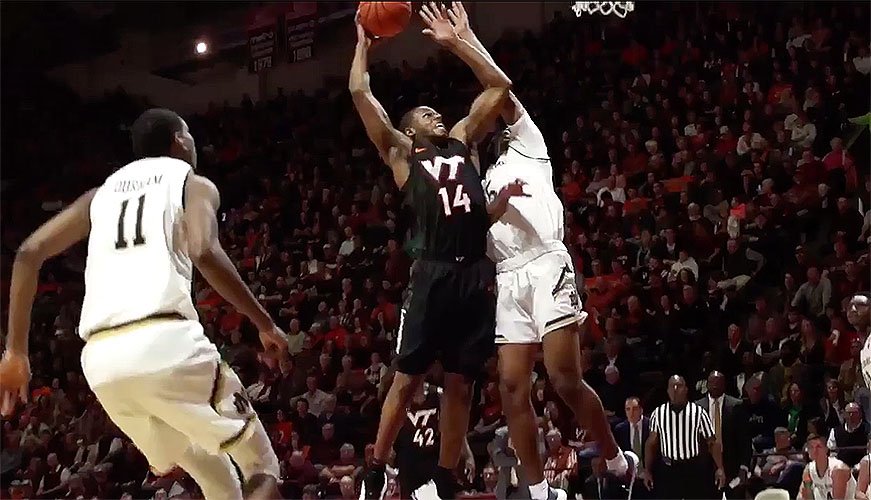 Blackshear Jr., who shot 50-percent from the field, also grabbed seven rebounds, while Outlaw ended with 14 points and five rebounds for the Hokies (12-1, 1-0 Atlantic Coast Conference) who opened league play on a winning note.

Nickeil Alexander-Walker and Ahmed Hill scored 17 apiece, while point guard Justin Robinson ended with eight assists to move past Jamon Gordon and into third place all-time on the assist chart with 521.

T.J. Gibbs scored 13 of his 19 points in the second half and made five 3-pointers to lead Notre Dame in the defeat.

D.J. Harvey added 16 with seven rebounds and Nate Laszewski scored 14 points off the bench for the Fighting Irish (10-4, 0-1) who had their four-game winning streak ended.

Virginia Tech led 53-47 with just under 11 minutes left in the game before Hill sparked a run with back-to-back baskets and Outlaw hit a 3-pointer in a 7-0 run to open the gap to 13 points.

“There are a lot of teams that have really good players, better than the players we have, but the symmetry and togetherness of the group is what I think is very unique,” Virginia Tech coach Buzz Williams said.

Notre Dame connected on 13 3-pointers but shot only 38.2 percent from long-range as it needed 34 attempts to make that many.

“They’re old and they know who they are and they spread you out and make shots. Really, really good,” Fighting Irish coach Mike Brey said.

“We’re kind of a youth movement group playing against men today. We gave ourselves some chances a couple times. Just couldn’t get over the hump on the road against a really good team.

“They made every big shot any time we kind of got within striking distance.”

Meanwhile, the Hokies shot 60 percent for the game on 33 of 55 and made 11 3-pointers at 61 percent. It was their best shooting percentage against a Power 5 team this season.

“I think what we do offensively is pretty good. I think the numbers bear that out,” coach Williams said. “… When you make shots, obviously it looks prettier, but the shots that we took today are the same shots offensively we always want to take.

“It doesn’t necessarily mean we’re going to make them at the clip that we did today, but it wasn’t like we were running different plays.”

Virginia Tech, which now won seven straight, returns to the court on Saturday against Boston College at home.