Hall made all four of his shots from 3-point range and shot 6 of 8 from the floor overall, while dishing out seven assists and two steals in the win.

Hunter, who scored his points off the bench, also grabbed seven rebounds for the Cavaliers (14-1, 3-0 Atlantic Coast Conference), who won three straight in conference play and six in a row overall.

Joel Berry II scored a game-high 17 points and pulled down eight rebounds to lead North Carolina, which committed a season-high 19 turnovers and held to its second-lowest point total of the season against the nation’s No. 1 defense.

It was the worst offensive showing for North Carolina since its 63-45 defeat to Michigan State in the PK80 Invitational in late November.

“It was a big ole butt kicking. That’s all it was,” UNC coach Roy Williams said. “Their defense was a million times stronger than our offense. We didn’t have very good movement.”

Williams added: “I told Tony (Bennett) that’s about as good a defensive game as anybody has played against us, maybe ever, but definitely in a long time.”

Kenny Williams ended with 11 points, but Luke Maye, who is averaging 18.1 points per game, was held to just six points and shot 2 of 10 from the floor for North Carolina, which suffered consecutive losses for the first time since February 2016.

Maye also had eight rebounds for the Tar Heels (12-4, 1-2), who went 8 for 23 from 3-point range and was held below 30-percent shooting and failed to score 50 points at John Paul Jones Arena for the second successive season.

Virginia, which led by as many as 13 late in the second half, controlled most the contest.

In fact, the Cavaliers held the lead for more than 30 minutes of the action, with North Carolina holding the lead for a little under six minutes.

Virginia remains home for the second of a three-game homestead against Syracuse on Tuesday night.

North Carolina, which is expected to drop in the next AP Top 25 rankings, will returns home to entertain Boston College on Tuesday. 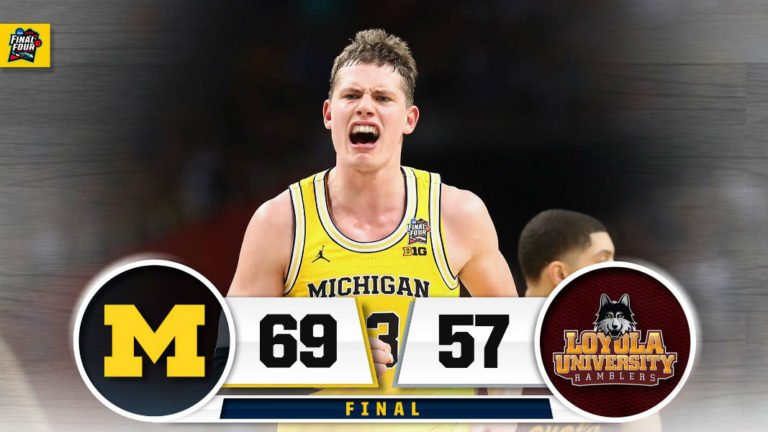 LOUISVILLE, KY (Sporting Alert) — The NCAA DI men’s basketball tournament round of 64 tips off on Thursday with a full set of fixtures, as the hunt for the national championship begins.