Leonard Sits Out Second In A Row

The LA Clippers played without Kawhi Leonard, who missed his second game in a row because of a knee problem and his fourth this season.

Making his Clippers home debut, following a 33 point performance in his season appearance Thursday in a loss to the New Orleans Pelicans, George took 20 minutes to record his points on Saturday.

George scored 25 of his tallied points in just the first half.

“He knows I had him on a time limit, so he’s trying to get it all in,” Clippers coach Doc Rivers said.

The star forward converted 10 of 17 attempts from the field overall, including 6 of 11 from 3-point range, while knocking down all 11 of his trips to the free-throw line.

“It’s a dream come true to be able to do this at home in front of family and friends,” said George, who is back from shoulder surgeries. “I’m just happy to be playing basketball again.

“This is practice for me to get in time with my guys and a catch a rhythm out there.

“I got new shoulders. They haven’t felt this healthy in a long time.”

George’s performance saw him passing Phil Smith for most points in a Clippers home debut.

Lou Williams had 25 points, six rebounds and six assists off the bench for the Clippers, while fellow reserve Jerome Robinson made five 3-pointers in his career-high contribution of 21 points in the win.

Montrezl Harrell had 17 and Terence Mann added 13 points eight assists and six rebounds for the Clippers (8-5), who snapped a two-game losing streak.

Trae Young led the Hawks with 20 points, six assists and five rebounds, but made just 4 of 16 shots from the floor.

“It was just bad effort and you can’t do it in this league or you’ll get killed every night,” Young said after his off night shooting the ball.

De’Andre Hunter and Cam Reddish each contributed 12 points, and Jabari Parker, Damian Jones and Evan Turner all chipped in 11 apiece in the defeat for Atlanta, which has now dropped their second in a row.

Meanwhile, the Clippers’ bench outscored the Hawks’ reserves 81-35, while the home side scored 43 points in the opening quarter, which were the most in a first-quarter since scoring 46 against Philadelphia in 2014.

The Hawks, meanwhile, were 37.8 percent overall and 25 percent from long range.

The Los Angeles Clippers will turn their attention to hosting George’s former team, the Oklahoma City Thunder on Monday.

Atlanta Hawks will seek to stop their skid when they stay on the road to visit the LeBron James and the Los Angeles Lakers on Sunday night. MIAMI, FL, Sporting Alert – NBA preseason scores and recaps from the list of games that took place on Saturday night, October 3. There were wins for the Pelicans and the Hornets. 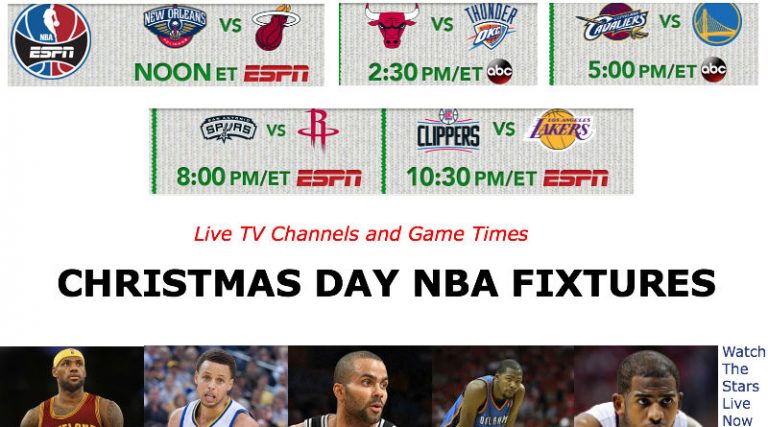 The Christmas Day fixtures are well upon us, and basketball supporters are now fixing to watch what is expected to be a very entertaining day in the NBA.