Tonight’s game in Green Bay will kick-off at 8:20 pm ET, with ESPN providing the live television coverage. WatchESPN.com and the ESPN App will have live online streaming coverage.

According to ESPN’s Football Power Index, Aaron Rodgers and the Packers (3-0) are favored to improve to 4-0 after this game – giving them a 64.3 percent chance to win the game.

A defeat for the Eagles (1-2) would see them falling to three defeats in the opening three games, but the team is remaining optimistic.

“We’re 1-2, yeah, but, you know, we have a lot of the season left,” Philadelphia quarterback Carson Wentz said. “(There are) little things here and there in each game that we know we’re going to get corrected and we’re going to be in a good spot.

“And like I said, we’re excited Thursday night to go show what we can do and get going back in the win column.”

After beating the Washington Redskins in Week 1, the Eagles suffered back-to-back defeats to the Atlanta Falcons and the Detriot Lions in Week 2 and 3 – losing the past two games by a combined seven points.

Meanwhile, despite winning all three of the games this season Rodgers is expecting more from the Packers, especially on offense.

“We gotta play a lot better on offense,” Rodgers said. “We’ve played some good defenses, no doubt about it, but the standard and the expectations are very high here and we haven’t met them on offense.

” … At some point, we can’t expect our defense to shut everybody down. They have been. But at some point, the offense is going to have to wake up and start making some plays.”

So far this season, Wentz has passed from 803 yards with six touchdowns and two interceptions for the Eagles.

Rodgers has thrown for 647 yards with four touchdowns without an interception. 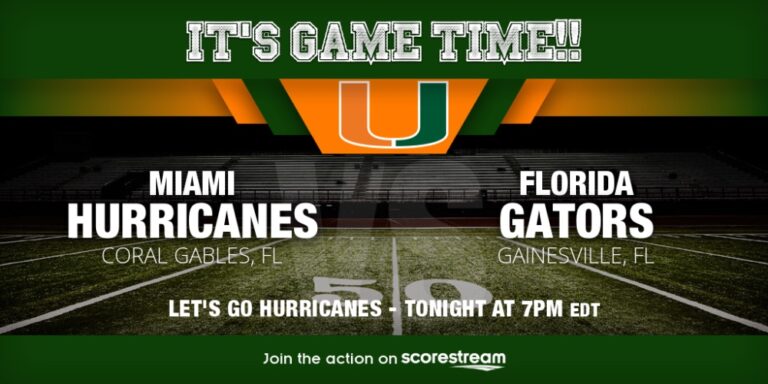 ORLANDO, Fla. — The 2019-20 College Football season gets underway on Saturday (24) with two televised games, including the class between in-state rivals Miami and Florida.

NORMAN, Okla., Sporting Alert – The following are the college football games streaming live on ESPN3 in Week 8 on Saturday, Oct. 24.

How to watch live streaming coverage of the NFL playoff game between the Los Angeles Rams and Green Bay Packers on Saturday. Stream Rams vs Packers!