MANCHESTER (Sporting Alert) — Manchester City manager Roberto Mancini has called on his players to quickly put the midweek Champions League defeat behind and focus on the Premier League clash with Arsenal at Etihad Stadium on Sunday.

The defending champion Manchester City were beaten 3-2 by Real Madrid on Tuesday and Mancini wants his men to forget about that road game and make up for it against the on form Arsenal side.

City are expected to be with attacking midfielder Samir Nasri, who picked up a hamstring injury in the week.

However, striker Sergio Aguero is set to return to the starting team after recovering from a knee problem he picked up in the opening week of the season.

Meanwhile, Arsenal has been looking good lately, especially in the defending category and many are backing them to get the better of City on Sunday.

First choice goalkeeper Wojciech Szczesny is still missing because of an ankle problem. Jack Wilshere (ankle) returned to training this week, but is still some way from first team football. 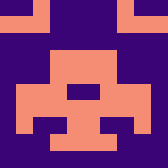