ESPN is now reporting that Kobe Bryant was traveling with his 13-year-old daughter when his private helicopter crashed, taking his life in California on Sunday.

President Donaldo Trump was among those paying tribute to the Five-time NBA champion who made seven NBA Finals appearances.

Trump Tweeted: “Reports are that basketball great Kobe Bryant and three others have been killed in a helicopter crash in California. That is terrible news!

Bryant, 41, was on his way to a travel basketball game with teenage daughter Gianna when the helicopter went down.

The NBA legend was among five people killed in the crash in Calabasas, California, TMZ Sports reported earlier in the day.

It is reported that the crash took place at around 9:52 am on Sunday morning.

Athletes from around the world, including NBA stars Tom Brady and Patrick Mahomes, as well as NBA legend Dwyane Wade, paid tribute to Bryant on social media.

You inspired generations of Trojans and our city. ? pic.twitter.com/t2BW9y0D37

Feel so bad for his daughters ?

Man not Kobe… Prayers to his family and friends! #RIPMamba

Kobe Bryant was a giant who inspired, amazed, and thrilled people everywhere with his incomparable skill on the court — and awed us with his intellect and humility as a father, husband, creative genius, and ambassador for the game he loved. pic.twitter.com/hkb0lbRwie

Beyond devastated… my big brother… I can’t, I just can’t believe it 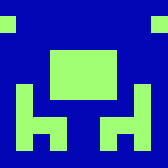