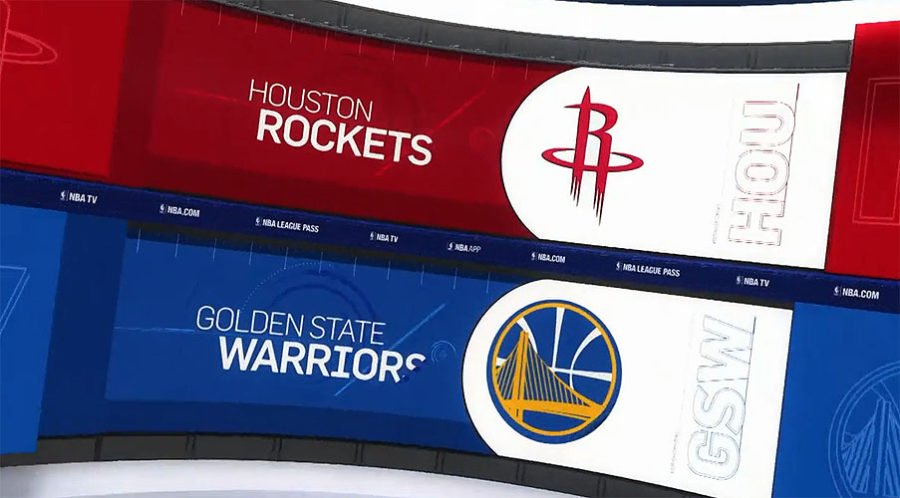 Golden State got hot early and raced off to an early 22-9 lead midway through the first quarter before taking a 71-62 halftime advantage at ORACLE Arena.

The defending champions kept knocking down shots and with 3:38 left in the third quarter, the lead increased to 95-79.

However, Houston scored the first nine points to start the fourth quarter before cutting the deficit to 104-101 when Eric Gordon made a layup with 8:56 remaining.

After the Warriors went back up by six points, the Rockets kept prodding and the visitors were rewarded when they edged in front with a pair of PJ Tucker free throws with 44-seconds left in the game.

“They came out and threw their best punch and it took us a while to adjust,” Rockets coach Mike D’Antoni said.

“The last quarter we held them to 20. We’re not going to do much better than that.”

Stephen Curry then missed a late 3-pointer before Durant failed to get his shot off quick enough and the Rockets held on as the buzzer went off.

“I thought it had a chance but I knew it was a little late. I knew I was cutting it close,” Durant said about his attempt.

“Tough loss. First game of 82, we’ve definitely got to move on. We’ve got to get better.”

“I didn’t think it counted,” Kerr said. “When I saw it, it looked to me like it was a little late. Didn’t surprise me it was overturned.”

James Harden finished with 27 points on 10 of 23 shooting to go with 10 assists and six rebounds for Houston, which had three players scoring 20 or more points on the night.

Eric Gordon scored 24 points, while Tucker went 6 of 9 from the floor and made four 3-pointers and his 20 points and six rebounds performance.

Tapping into the double figures in scoring as well were Luc Mbah a Moute, who scored 14 points on his debut, Ryan Anderson added 13 points and eight rebounds and Clint Capela ended with 12 points for the Rockets, who shot 48.5-percent and made 15 of 41 from 3-point range.

New recruit Nick Young scored 23 points off the bench on 8 of 9 shooting, including 6 from 7 from 3-point distance for Golden State, which shot 53.3 percent (16 of 30) from long-range.

Klay Thompson had 16 points, six rebounds, three assists and two steals for the Warriors, who played the fourth quarter without Draymond Green after he suffered a left knee strain during a drive to the basket with 12.7 seconds left in the third quarter.

Green limped to the locker room at the end of the quarter, but still made a useful contribution after posting nine points, 11 rebounds and 13 assists.

Rockets new point guard Chris Paul had four points, 11 assists, eight rebounds and two steals in his debut before sitting out down the stretch with a knee injury.

Houston Rockets are at the Sacremento Kings on Wednesday night, while the Golden State Warriors go to the New Orleans Pelicans on Friday to start a three-game road trip. DALLAS, Sporting Alert – Toronto Raptors open with 4-0 for the first time ever, while Los Angeles Lakers fell to 0-4 to start their respective terms. The NBA Scores.

NEW YORK, Sporting Alert – The Los Angeles Clippers will look to rebound from Thursday night’s setback against the Cleveland Cavaliers when they continue their road trip.