Smith went 28-of-35 on completed passes for 368 yards with four touchdowns and became the first quarterback with 300-plus yards, four TDs and no interceptions against coach Bill Belichick.

Hunt recovered from fumbling the ball on his first carry of his NFL career to score three times and set an NFL record.

“To start on your first carry like that and have it go like that, it would be hard to overcome for a lot of guys,” Smith said of Hunt. “I thought it was awesome coach coming right back to him.

“There was a good chunk there where we were going as Kareem was going. He was really a big chunk of the offense tonight.

“For a young guy, we put a lot on him, in all facets of the offense tonight, and he was able to handle it.’

Hunt, a rookie from Toledo, carried the ball 17 times for 148 yards and a touchdown and achieved all five of his targets for 98 yards and two added scores.

With his totaled 246 yards from scrimmage, the 22-year-old tallied the most by any player making his NFL debut since the merger in 1970.

Tyreek Hill caught seven of his eight targets for 133 yards, including a scoring reception on a 75-yarder for Kansas City, which trailed 17-14 at halftime but scored 21 unanswered points in the fourth quarter to pull away from the favored Patriots.

It was the first time New England, which entered the game with a 75-percent chance to win, according to ESPN’s Football Power Index, lost at Gillette Stadium when leading at halftime from the 82 games during that span.

“We’re going to enjoy the heck out of it,” Chiefs head coach Andy Reid said. “It’s one of 16 and something to build on.”

Commenting on the opening play of Hunt, Kansas City’s third-round draft pick, Reid added: “It started out just a little bit shaky, but it was all heart. He was trying too hard.”

Tom Brady, meanwhile, completed just 16 of his 36 pass attempts for 267 yards and finished the game without a touchdown pass and no interceptions.

The 40-year-old started brightly after leading a nine-play, 73-yard scoring drive on the game’s opening possession.

However, Brady looked indolent for the rest of the night and struggled to keep away from a furious Chiefs pass rush.

Patriots new pickup Mike Gillislee led the way for the defending Super Bowl champions with three short runs and became the first player since Terrell Owens of Philadelphia in 2004 to score three touchdowns in his debut with a new club.

“I just think we need to have more urgency and go out there and perform a lot better,” Brady said.

“It’s a winning attitude, a championship attitude you have to bring every day. We had it handed to us on our own field.”

Wide receiver Danny Amendola, who suffered a head injury and left in the fourth quarter, took six catches for 100 yards in the defeat for New England.

TEXAS, Sporting Alert – The following are the inactive players for the Thanksgiving Day NFL matchup involving the Carolina Panthers and the Dallas Cowboys.

MUNICH (Sporting Alert) — Bayern Munich put the mighty Barcelona to the sword in their Champions League semi-final first leg clash at the Allianz Arena. A brace from Thomas Muller and one goal each from Mario Gomez and Arjen Robben gave the German champion a commanding 4-0 lead, despite Barcelona dominating most of the possession….

NEW YORK (Sporting Alert) — The New York Jets have fired coach Rex Ryan and GM John Idzik on Monday after the team failed to make the playoffs for a fourth straight year. 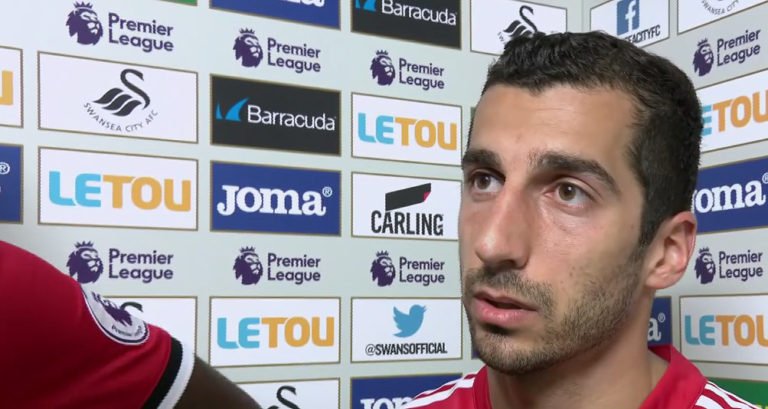