AMSTERDAM, Sporting Alert – Usain Bolt pulled out of the Jamaica Championships for cautious reasons and will be ready for the 2016 Olympic Games in Rio, according to IAAF chief Sebastian Coe.

The world record holder withdrew from last weekend’s JAAA Senior Trials in Kingston, after the semi-finals of the men’s 100m with a grade one hamstring tear and submitted a medical pass for exemption.

Bolt, who immediately begun treatment on his left hamstring, flew to Germany to visit Dr Hans Muller-Wohlfahrt for further assistance, as he seeks to return to full fitness to defend his sprint double crown.

Muller-Wohlfahrt was the man who helped Bolt last summer to overcome a pelvic issue prior to the Jamaican sprinter’s magical three gold medals feat at the IAAF World Championships in Beijing.

The six-time Olympic champion, who won trebles at the Beijing Olympics in 2008 and at London 2012, has already started light training and insisted that he will be fit to race over 200m at the Anniversary Games in London on July 22.

Several track and field fans around the globe hold fears that Bolt would not be ready in time to race in Brazil next month, but Coe is assuring supporters that the track and field icon will be ready for the Olympic Games.

“The CEO of Jamaican athletics was here earlier this week so I was comforted by his view that it was more of a precautionary measure by Usain to pull out than a serious injury,” Coe was quoted as saying in The Sun newspaper.

“Clearly, it would be a bit of a showstopper if he wasn’t in Rio.

“I’ve rarely been to a championship where it has at any level depended on one athlete, but I do accept that he is fairly exceptional!”

The 29-year-old has a seasonal best of 9.88 second over the 100m this season, which makes him the fastest Jamaican this campaign. 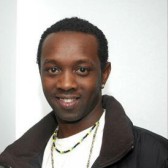