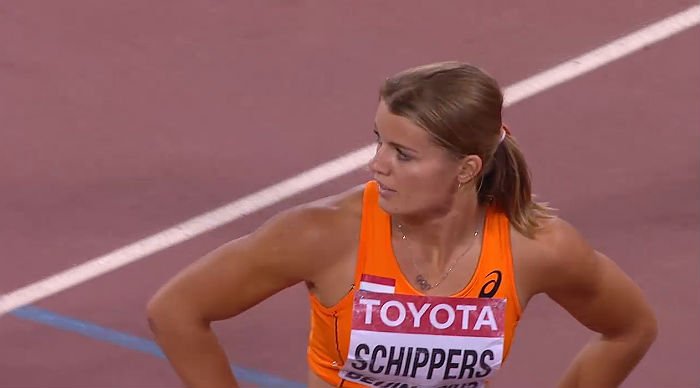 Schippers, the World 200m champion and European record-holder, raced away with the women’s 60m dash title in a time of 7.08 seconds to defeat American Barbara Pierre, who was second in 7.09 secs.

Earlier in the day in the heats, the Dutch star sprinter Schippers, who owns a personal best time of 7.05 secs, achieved last year, set a world-leading time of 7.07 secs to qualify fastest for the final.

Pierre followed her home second in that heat in 7.15.

Meanwhile, in the final, Great Britain star sprinter Dina Asher-Smith, who finished fifth behind Schippers in the final of the women’s 200m dash at the world championships in Beijing, China, last summer, ran 7.11 for third place in the 60m in Karlsruhe.

In the men’s category, American Rodgers posted back-to-back world-leading times of 6.52 seconds to get his IAAF World Indoor Tour series off to a positive start.

After producing the time to take his heat earlier in the day, Rodgers returned to duplicate the performance to beat St Kitts and Nevis veteran sprinter Kim Collins, who finished second in 6.54.

In the meantime, French pole vault world record-holder Renaud Lavillenie set a new meeting record of 5.91m on his way to dominating the event in Karlsruhe.

Entering the competition at 5.70m, Lavillenie needed three tries to clear the height before passing to 5.84m. The Frenchman also had to take his three tries at that height as well, but his successful effort secured the win.

With victory already in the bag, Lavillenie went on to clear 5.91m before the Olympic champion decided to end the competition.

World leader and reigning world champion Shawnacy Barber of Canada was second with a mark of just 5.77m. Barber leads the world with a mark of 6.00m, cleared last month.

Raphael Marcel Holzdeppe of Germany, the world championships silver medallist, was third with an effort of 5.70m.