LONDON, Sporting Alert – Stats and highlighted moments from the English Premier League clash between Everton and Southampton at St. Mary’s on Saturday.

Romelu Lukaku grabbed a brace and Ross Barkley added another late in the second half to guide Everton to the 3-0 victory and in the end, the three points were achieved very easily.

Southampton dominated the possessions with a 54.2 percent to 45.8 percent, while making a total of 456 passes compared to the Everton’s 396.

The Saints were also ahead in passing accuracy, at 85.7% compared to the Toffees’ 79%.

Looking at the attacking plays, it was Everton, who put up the better numbers in the right places and the three goals scored by the visitors confirmed that status.

Roberto Martinez men were rewarded for being more accurate with their shots, after ending the game with a 66.7% – this number “excluding blocked shots.”

The hosts shooting accuracy was a minor 30.8% and they had 17 total attempts – but only four were on target.

The Saints, who had 14 of their total shots coming from inside the box, will be very disappointed at not getting on the scoresheet, as the likes of Graziano Pelle, Victor Wanyama, Sadio Mané and Dusan Tadic were unable to get going.

Nevertheless, all the credit must go to Everton, who went on the road and took the game to the home side and got a positive reward for their efforts.

Lukaku got the game’s opening goal when he brilliantly headed home a cross from strike partner Arouna Kone, who burst down the right hand side and then delivered a teasing cross for the former Chelsea forward to bury past Southampton’s keeper Maarten Stekelenburg in the 22nd minute.

Lukaku then started and finish off the play that put Everton 2-0 up just before the half-time break when he stole the ball, found England’s attacking midfielder Barkley, who returned the pass for the striker to hit a one-time shot past Stekelenburg.

That double from Lukaku makes him the top scoring Belgian in Premier League history with 44 goals, one ahead of Liverpool’s Christian Benteke, this according to Opta Stats.

Barkley then wrap things up for Everton in front of England’s manager Roy Hodgson, the 84th minute when he curled a ball past the goalkeeper after faking out his marker inside the box to move the ball to his right foot.

Opta Stats also made note that Barkley was scoring a goal and making an assist in “the same Premier League game for the first time in his career.”

Very nice way to show the national boss that you are capable of playing the same role on the international level.

After the game, Everton manager Martinez praised the top class performances of both Lukaku and Barkley – describing the attacking duo as “unplayable.”

He said on www.evertonfc.com: “They [Barkley and Lukaku] were unplayable. When we play to their strengths they are very, very special.

“To see the best qualities of an individual you need a good team performance, so it would be wrong to highlight individual players too much.

“Arouna Kone’s contribution helped Ross and Rom to have the space they need but overall the team was perfect.”

ASHLAND (souraiders.com) – Three weeks after its first meet of the 2012 season, the nationally-ranked Southern Oregon cross country program returns to competition Saturday at the Stanford Invite. Southern Oregon has ranked first in every NAIA men’s cross country poll this season, and the Raiders backed it up in their first competition when they won… 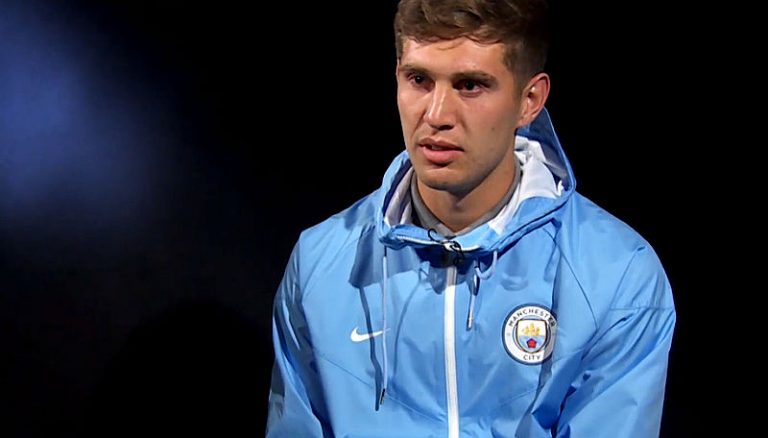 Livescores and updates from the EFL Cup 3rd round battle between Swansea and Manchester City. Livescore will be on our website, as well as links

BARCELONA (Sporting Alert) –  Just a silly fool and the experienced skipper is gone. John Terry has been sent off for Chelsea, who are also down against Barcelona in their Champions League semi-finals return leg tonight. Terry was shown a red card after Turkish referee Cuneyt Cakir got word from his assistant that the Chelsea…