KANSAS CITY, Sporting Alert – Matisse Thybulle scored 19 points and led four Washington players in double-digit scoring and the Huskies handed No. 2 Kansas its first defeat of the season with a 74-65 victory Wednesday night (6).

The game was played at Sprint Center here in Kansas City.

Thybulle shot 7 of 11 from the field, including five 3-point shots, as Washington secured its first road win against an AP Top 25 team in program history after losing its previous 23 attempts.

Jaylen Nowell added 17 points for the Huskies (7-2), Noah Dickerson had a double-double with 13 points and 14 rebounds, along with five assists, while David Crisp finished with 10 points, including a buzzer beating shot late in the game to go with seven assists in the win.

“From the beginning of the season it was on us, we knew it was going to be on us to believe in us and we weren’t going to have a lot of help on our side,” Thybulle said.

“We realized from the jump, at Pac-12 media day, they had us selected 10th and people didn’t believe we couldn’t do anything this season.”

Lagerald Vick scored a game-high 28 points, which is also a career-high for Kansas, which is averaging 11 3-pointers per game, but was held to just 5 for 20 from beyond the arc on Wednesday night.

“We’re not going to lose by the 3-point shot,” first-year Washington coach Mike Hopkins said about Kansas’ outside shooting.

“They’re all very dangerous shooters, and we just tried to focus to take that away from the game.”

Vick also had seven assists and five rebounds, while Udoka Azubuike ended with 10 points, nine rebounds and two blocks for the Jayhawks (7-1), who had won seven straight entering this game.

“If Vick gets 50 points by scoring twos, that’s what we’re going to go with,” Hopkins noted. “Trust me, it’s hard seeing a guy hit three or four in a row, but we just forced him to miss a couple, and we were able to score and keep our lead.”

Kansas led by five points early in the first half, but Washington managed to squeeze out a 36-34 halftime lead and then took over in the second half.

Devonte Graham and Svi Mykhailiuk who are both scoring near 20 points per game this season, were held to just three and eight points, respectively on the night.

Graham, who missed a pair of free throws that would have cut into Washington’s lead in the closing minutes of the game, shot just 1 of 8 overall in 40 minutes of action, while Mykhailiuk made just three of his 12 shots from the field.

“We just got to come in more mentally prepared,” said Graham. “We can’t count on the crowd to bring our energy and get stops.”

Senior guard Graham scored 35 points in each of his past two games but couldn’t get going in this one with his only point coming on a 3-pointer with 4:02 left in the first half.

“We just weren’t ready to play,” Kansas coach Bill Self said. “I‘m not going to accept this and say this was a good thing, because it’s not, but you could see this coming as a coach.

“We had a situation against Syracuse where one guy bailed us out.”

Washington will next face No. 12 Gonzaga on Sunday night at home.

Meanwhile, Kansas will look to bound back when it welcomes No. 16 Arizona State to Allen Fieldhouse on Sunday. Oklahoma Sooners vs. No. 9 West Virginia Mountaineers highlights and report. Oklahoma blew an 18-point lead but won the game 75-71 Saturday.

As expected, Kentucky remains the No. 1 team in NCAA DI men’s college basketball, this according the latest rankings on Monday afternoon. The undefeated Wildcats (9-0) were unanimously selected as the No. 1 team in the Associated Press poll, after receiving all 64 first-place votes and collected 1,600 points. 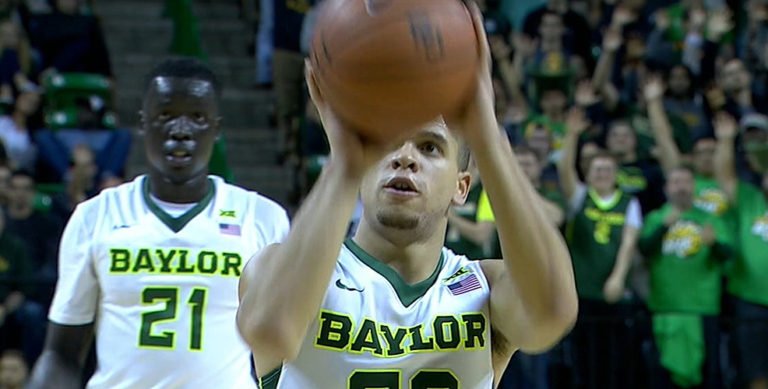 AMES, Iowa — No. 10 Kansas, No. 17 Oklahoma and No. 19 West Virginia all suffered setbacks on Saturday in their respective press to win this year’s Big 12 regular season title. These defeats open the door for Texas Tech to take control of the Big 12 standings if it can win at Kansas State.