KHARKIV, Ukraine (Sporting Alert) — Captain Rafael van der Vaart has given the Netherlands an early lead in their Euro 2012 must win game against Portugal at here at Metalist Stadium.

The Tottenham attacker, playing in his 99th cap for the Dutch, finished well past goalkeeper Rui Patricio in the 11th minute of play to keep their hopes alive of making the quarter-finals.

The goal was made by Bayern Munich’s winger Arjen Robben, who cut inside before passing the ball off for Van der Vaart.

Meanwhile, Helder Postiga missed a clear cut chance and Cristiano Ronaldo has hit the outside of the post also for Portugal as both teams sort to find a win.

Holland must win the game by a two-goal margin and hope that Germany defeats Denmark in the group’s other game.

And at the moment, Germany are leading the Danes by 1-0 Lukas Podolski netting the go ahead goal for the group leaders. 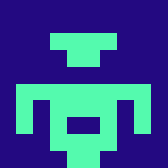