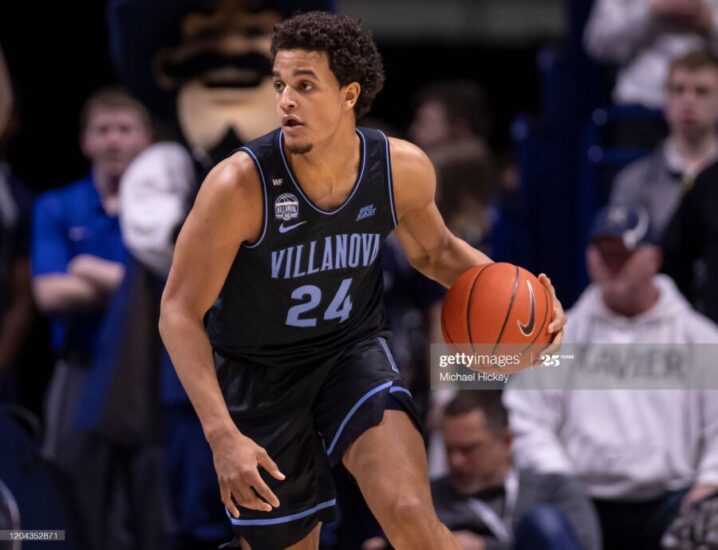 UNCASVILLE, Conn. — Villanova wins the 2K Empire Classic! The No.3 Wildcats defeated No. 18 Arizona State 83-74 in the title game on Thanksgiving night to seal the victory.

Jeremiah Robinson-Earl, who played all but two of the total minutes on Thursday, torches the Sun Devils for a career-high 28 points on 11 of 17 shooting and grabbed eight rebounds to lead the way for Villanova.

Justin Moore added a double-double with 16 points and 12 rebounds and Caleb Daniels supported well with 14 points, including 10 in the second half, to go with five rebounds and four assists for the Wildcats (2-0), who kept Arizona State’s Remy Martin quiet throughout the night.

Freshman guard Josh Christopher, dubbed as the program’s highest-rated recruit since James Harden, paced the Sun Devils (1-1) with 28 points and made 11 of his 17 shots, while Alonzo Verge Jr. scored 22 and seven rebounds in the defeat Thursday night.

Villanova managed to hold ASU star guard Martin to just five first-half points on 2-of-8 shooting, while Marcus Bagley had 10 points and went 3 of 11 from the field.

Despite the close contest early, the Wildcats dictated the pace for most of the game and led 41-32 at halftime after using a 10-3 surge over the final 5 1/2 minutes of the half.

Jay Wright’s side was dominant on the glass, outrebounding Arizona State 43-27 and shot 48.3% from the field.

Arizona went on a little run to cut the deficit to 70-60 with 8:56 remaining, but was not able to come back fully.

Next on the schedule for Villanova is a date against Saint Joseph’s on Monday night. Tom Brady bounced back from a difficult offseason to help the New England Patriots opened the 2015 NFL season with a 28-21 victory over the Pittsburgh Steelers on Thursday night. Report and box score as the Winthrop Eagles defeated the Gardner-Webb Runnin’ Bulldogs 75-65 to improve to 10-0 this season.