Nick Ward lead the way with 22 points and 11 rebounds! pic.twitter.com/WY6VSDxZzg

Four Michigan State starters scored in double-figures in the win that saw the team bouncing back from their loss to No. 1 Duke in the week.

Star forward Bridges, the preseason All-America player, scored 20 points, but limped off the court with an ankle injury in the second half.

Bridges rolled his left ankle after he was fouled and came down awkwardly on his foot as he went into the lane with the ball with 8:32 remaining.

He stayed in the game to shoot the free throws, but limped back to the bench for a brief sit before heading back to the locker room for treatment and did not return.

Michigan State coach Tom Izzo confirmed that he suffered “a sprain” and will be “day to day.”

“Thank God it’s not a high-ankle sprain,” Michigan State coach Tom Izzo said. “It’s just a sprain where he rolled it. He’ll be day to day.”

Izzo added: “By Tuesday morning, I’ll know more. Miles is tough enough to play through it but we’re not going to take any chances.”

Bridges, who played 25 minutes, shot 6 of 13 and grabbed six assists, while Joshua Langford had a career-high 19 points along with five rebounds.

Cassius Winston added a season-high 13 points and pulled down six assists and had three steals for the Spartans (2-1), who led 44-38 at halftime and outscored Stony Brook 49-33 after the interval.

Elijah Olaniyi scored 16 points off the bench for the Seawolves (0-4), with Akwasi Yeboah adding 15.

UC Iroegbu scored 12 and Tyrell Sturdivant ended with 10 points for Stony Brook, which led for much of the first half before Michigan State took over in the last five minutes of the period.

As a team, the visitors shot 40.7 percent from the floor and made 13 of its 26 attempts from 3-point range.

The Spartans outrebounded the Seawolves 41-25 and shot 57.9 percent in the win. 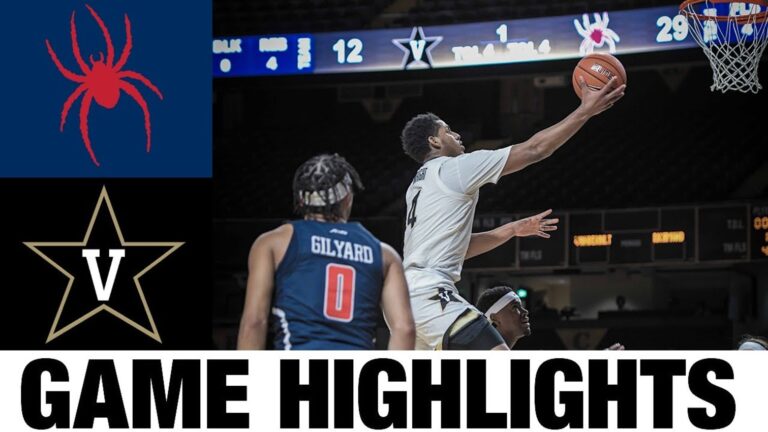 FORT MYERS, Fla. – The No. 6 Kansas Jayhawks ranked recovered from the defeat in their first game to beat Saint Joseph’s, 94-72, in the second round of the Rocket Mortgage Fort Myers Tip-Off on Friday.

CHARLOTTE, NC (Sporting Alert) — The latest scores and results from the games that took place in the NCAA men’s DI basketball March Madness tournament on Friday. In the early tip-off on the day, No. 2 seed Kansas crushed No. 15 seed New Mexico 75-56 in their tournament opener. Frank Mason III scored 17 points, nine rebounds and…