Preview and live TV and streaming for Thursday Night Football matchup between the New England Patriots and the Los Angeles Rams. 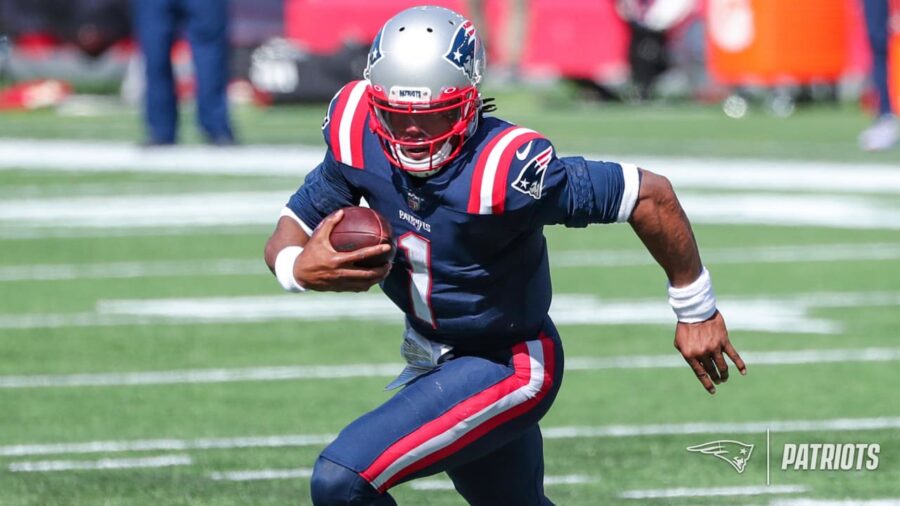 INGLEWOOD, Calif. — — Thursday Night Football this week pits the New England Patriots against the Los Angeles Rams at SoFi Stadium in Inglewood, CA. The game is a rematch of the Super Bowl LIII two years ago.

The Rams (8-4) are tied for first place in a strong NFC West division, while the Patriots (6-6) have won two straight to clawed into the AFC hunt. In fact, they come into this game with a good chance of winning despite being given only a 30.9% chance by ESPN’s Football Power Index. New England has won four wins in five games, recovering from its worst start to a season since 2000.

The Patriots are coming off a 45-0 rout of the Los Angeles Chargers, which saw Cam Newton running for two touchdowns and the team collecting another two scores on special teams on Sunday. Newton in that game, completed 12 of 19 passes for 69 yards with a 5-yard pass to N’Keal Henry and added 48 more yards on the ground with his two scores.

Los Angeles grabbed a 38-28 win over the Arizona Cardinals on Sunday to continue its push for another NFC West title. In the crucial win against the Cardinals on Sunday, the Jared Goff threw for 351 yards and Darrell Henderson rushed for a 38-yard touchdown early in the fourth quarter to help fend off Arizona’s comeback.

Meanwhile, cornerback J.C. Jackson is among the players listed as for the Patriots for this game because of knee and hip injuries. Quarterback Newton (abdomen) is also questionable but is expected to play.

Even though the leading bookies are giving the Rams the overall edge to win Thursday’s matchup, the team that gives away the least amount of penalties and take better care of the ball is expected to come out on top. Cowboys, Chiefs and Seahawks all secured wins in the NFL on Sunday, as the battle for playoff places continues to heat up around the country. Watch and follow live stream of Leeds United vs Arsenal at Elland Road. Arsenal are hoping for a win to move up in the standings. Live TV broadcast is on NBCSN and NBCsports.com providing the live streaming.