The heated regional rivals will battle inside the MAPFRE Stadium in Columbus, Ohio, with the game time set at 8:01 and pregames show at 7:45pm ET. Visit Fox Sports GO

Mexico head into Friday night’s battle owning a 33-18-14 edge advantage all-time against the United States and the visitors will be buzzing with confidence to improve their healthy record in the series.

At the same time, though, El Tri have lost four straight qualifiers to the host at MAPFRE Stadium and forward Giovani dos Santos is bracing for this difficult CONCACAF FIFA World Cup qualifying battle on the road.

“We know the difficulty that the match is going to have against a tough opponent, with a years-old rivalry, on a field in which Mexico has never gotten a win,” said Dos Santos.

“So we are prepared for them and hopefully Mexico can change history on November 11.”

Dos Santos is returning to the national setup after being out for more than three years and the LA Galaxy attacker is delighted to be back in the squad, following the call up by Juan Carlos Osorio.

“I am very happy, excited for being called again to the national team and very eager to face these two matches,” he revealed. “Physically, I feel very good. I believe that I have worked very hard this year.

“I am very happy and thankful for the trust of the manager. We have two very important matches to start the Hexagonal and I feel ready for them.”

“This is a special venue for us, especially when we play Mexico because of the recent results, but we have a real home-field crowd,” the German said.

He added: “This is our home crowd. They’re going to push us, help us maybe when there is a difficult moment in the game just to give them energy.

“We have a lot of respect for the Mexican team. It’s great team. It’s going to be a very even battle.”

The United States had been undefeated in six straight games against Mexico prior to losing 3-2 to El Tri in a thrilling CONCACAF Confederations Cup Play-off battle last year. 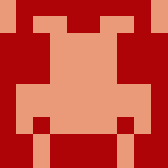