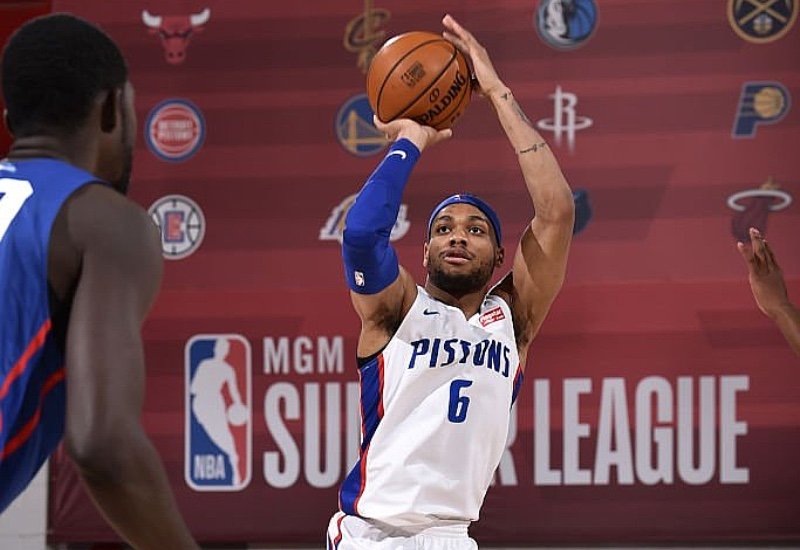 Brown, points guard, played for a little over 27 minutes and also had two blocks on the night for the Pistons (4-0).

According to ESPN Stats & Information, It was the first time a player was registering a triple-double in the Vegas Summer League since Lonzo Ball produced two of them in 2017.

It was also the third triple-double in a Vegas Summer League game since 2004.

Meanwhile, Matt Costello top-scored for the Pistons 18 points to go with seven rebounds, Todd Withers had 14 points, while Jarrod Uthoff and Jordan Bone each scored 13 in the win for Detroit.

Zhaire Smith and Marial Shayok ended with 10 points each in the defeat for the 76ers, who are 1-3 this summer. OKLAHOMA CITY (Sporting Alert) — Oklahoma City Thunder will be without Kevin Durant once again when they play host to the Charlotte Hornets on Friday night.

BOSTON (Sporting Alert) — Jarrett Jack scored 27 points to lead the Brooklyn Nets to a 109-107 victory over the Boston Celtics on Boxing Day at TD Garden.