FORT MYERS, Fla. – The No. 6 Kansas Jayhawks ranked recovered from the defeat in their first game to beat Saint Joseph’s, 94-72, in the second round of the Rocket Mortgage Fort Myers Tip-Off on Friday.

Kansas suffered a heavy 102-90 loss to No. 1 Gonzaga on Thursday in its season opener.

Sophomore Christian Braun led the Jayhawks with a career-high 30 points on 10-of-13 from the field, nine rebounds.

“It was more about being more aggressive,” said Braun. “I didn’t play as well as I wanted to against Gonzaga.”

Ochai Agbaji had 18 and was joined by Jalen Wilson, who scored 14 points.

Jack Forrest led the Hawks (0-2) with 18 points off the bench. Ryan Daly added 14 points, seven rebounds and three steals and Dahmir Bishop also scored 14 points for Saint Joseph’s, which has dropped both its season opening games.

“It’s great to be in this environment,” Saint Joseph’s coach Billy Lange said. “We can learn from this. We came to win but, big picture, our guys learned how to compete at this level.

After trailing by as many as seven in the first half, Kansas used an 8-0 run, spurred by Braun who scored six-straight points for the Jayhawks, including two-straight 3-pointers, to give Kansas the 28-27 lead with 8 minutes left in the first half.

The Jayhawks would use that run to propel them to their largest lead of the first half, 39-30, behind a 19-3 run over 5:06, which started on Braun’s pair of 3-pointers.

In the second half, the Jayhawks continued to press on after Saint Joseph’s drew close, as KU extended its lead to double-digits at 65-55 with 10:52 remaining in the game.

During the run, Braun scored five-straight points on a layup and pull-up three-pointer, with his 3-pointer surpassing his previous career-high in scoring of 20 points, set against Kansas State on January 20, 2020.

Kansas remains on the road and travels to Indianapolis to take on the No. 10 ranked Kentucky Wildcats in the State Farm Champions Classic on Tuesday, December 1.

The game will be the 32nd in the series history between the two Blue Bloods and will tip-off at 8:30 p.m., CT on ESPN.

Saint Joseph’s will face No. 3 Villanova at Finneran Pavilion on November 30. 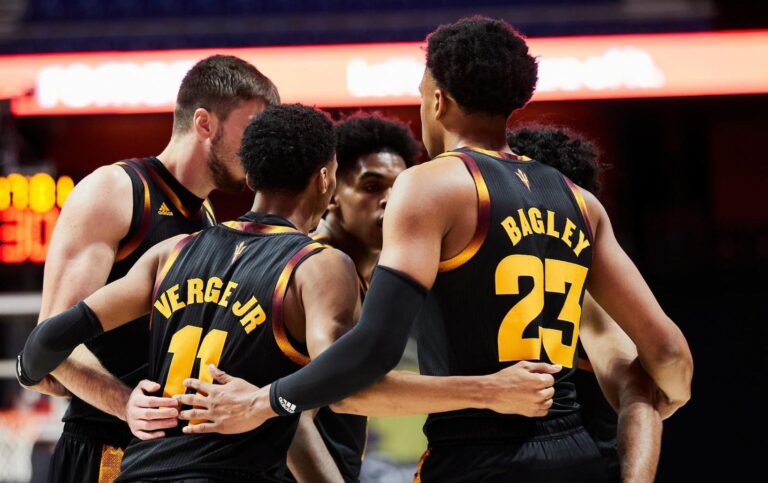 Malik Monk was hot in the second when Vanderbilt went gold and No. 9 Kentucky tops Vanderbilt in SEC action on Tuesday night.