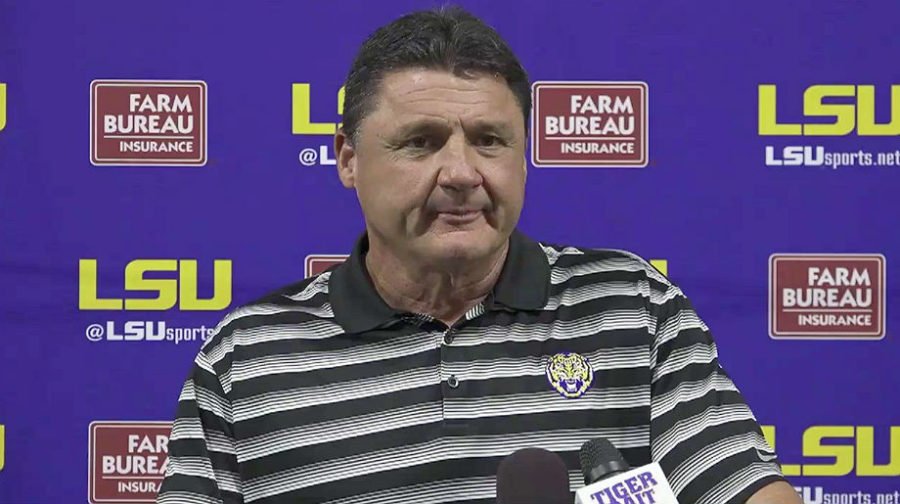 GLENDALE, Ariz. — No. 8 UCF will seek to complete another undefeated season when it faces No. 11 LSU in the PlayStation Fiesta Bowl at State Farm Stadium here in Glendale, Arizona to wrap up its campaign. Listen|Notes|Live Stats

The Knights (12-0) enter their New Year’s Day encounter with Tigers undefeated this season after winning all 12 games so and they will be aiming to record back-to-back 13-0 campaigns.

UCF defeated SEC power Auburn in the Peach Bowl a year ago and the American Athletic Conference will be seeking another SEC powerhouse in its effort to cap back-to-back perfect seasons.

Coach Josh Heupel’s squad, though, will be going up against a LSU team that is determined to end the campaign with double-digit wins.

The UCF Knights come into this encounter owning the longest active win streak in FBS. The AAC ball club are winners of 25 straight contests and hope to tie the 2015-16 Alabama teams for the fourth-longest win streak in the last 20 seasons with a victory against LSU.

After falling behind in what was a very swift pacing College Football Playoff race this season, LSU (9-3) is now just focused on finishing the term with 10 wins.

The Tigers were seriously identified one of the teams to watch at the advancing stage in the season after knocking off two top 10 teams, Miami (8) and Auburn (7) in September.