(Sporting Alert) — Neymar starts for Brazilian despite being doubtful with an injury in today’s friendly international clash with South Korea.

The Barcelona forward injured his hip during a training session in preparation for the game and was doubtful for the contest.

However, he came through a fitness test and was cleared to start.

Joining Neymar in the attack are Jo and Hulk, while English Premier League stars Oscar and Paulinho, as well as Luiz Gustavo start in midfield.

Dante and David Luiz are the center backs, while fit-again Marcelo and Dani Alves are the fullbacks Oliveira Jefferson starts in goal, with Julio Caesar coming back from injury on the bench.

Amongst the players on the bench are Lucas Moura, Hernanes, Alexandre Pato, Lucas, Ramires and Bernard.

Dong-Won Ji lead the attack for South Korea, with Ja-Cheol Koo, Chung-Yong Lee and Ki Sung-Yueng all starting as well. 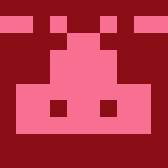