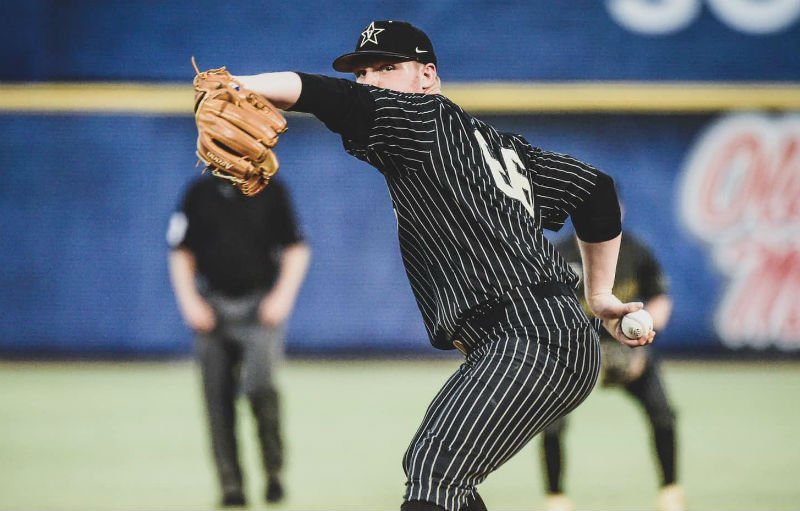 OMAHA, Nebraska — The College World Series finals between No. 2-ranked Vanderbilt and Michigan will get underway with Game 1 on Monday and you stream live coverage of this game.

First pitch is slated for 7 pm ET and ESPN will have the live television broadcast. WatchESPN will provide the live stream online and on its App.

Michigan (49-20), which is without doubt, the biggest surprise at the College World Series, will go in search of its third national championship, having won in1953 and 1962.

However, the Wolverines are making a College World Series finals appearance for the first time since the NCAA adopted the best-of-three format in 2003.

Meanwhile, Vanderbilt, which is rounding in good form at the right time, aims to win its second national championship in program history.

The Commodores (57-11), who rallied to secure a 3-2 comeback victory against Louisville, are making their third College World Series finals appearance in six seasons.

Vanderbilt is also the first school to reach the College World Series finals three times since the event moved to TD Ameritrade Park in 2011. The club reached the finals in each of their last three CWS appearances in 2014, 2015 and 2019).

Monday’s CWS finals clash, meanwhile, will see Vanderbilt and Michigan meeting for the first time since 2007, while the Wolverines lead the all-time series 23-18-1.

MELBOURNE (Sporting Alert) — All eyes will be at Rod Laver Arena, where World No. 1 and top seed Rafa Nadal of Spain will take on Switzerland’s sixth-seed Roger Federer in the second semi-final of the Australian Open men’s singles on Friday. Rod Laver Arena (Day 12) (Doubles TBA/Womens Doubles Championship) Watch Live Coverage on…

Gdansk, Poland (Sporting Alert) — World champion Spain will look to cement it’s place in the quarter-finals of the European Championship with a win over Croatia tonight at Arena Gdansk. Watch Live Streaming Coverage of the matches | Games will be televised live on ESPN and its networks, including live streaming on ESPN3.com, ESPNDeportes and WatchESPN.com. Three of the four teams in action…

Jose Mourinho believes that tonight’s clash between his Chelsea FC side and his former club Inter Milan will be a good experience for the English Premier League. Live Coverage is on ESPN3.com Mourinho enjoyed two successful seasons with Inter Milan where he won the Champions League in the process and the Portugal coach is looking…

Stream live coverage of the 2017 SEC Baseball Tournament on WatchESPN and ESPN3. Live television broadcasting will be on ESPN 2. Game time is at 3 p.m. ET.