ATLANTA, GA, Sporting Alert — The following is the ESPN3 schedule for the college football games streaming live in Week 1 on Saturday, Sept. 2. ATLANTA, GA, Sporting Alert — The following is the ESPN3 schedule for the college football games streaming live in Week 1 on Saturday, Sept. 2.

Some 12 games are listed on the schedule to stream live on ESPN3 and you can follow them all live online or on your preferred streaming devices and platforms.

Highlighting the matches on the network this weekend is No. 19 University of South Florida, which plays host to Stony Brook in its home opener. Follow Live Stats here, while Live Audio is here.

USF is aiming to make it 2-0 under new head coach Charlie Strong after dusting off San Jose St. 42-22 in the season opening game last week.

The Bulls, who went 11-2 last season, recovered from a slow start after falling behind San Jose State 16-0 in the 1st quarter on the road, to score 42 straight points and dominated the encounter.

Quinton Flowers threw two touchdown passes and ran for another score, while D’Ernest Johnson rushed for two TDs in the win for the Bulls, who scored 28 unanswered points in the second quarter.

“It’s good that you have a good game like this so now guys know there’s improvement to be made,” Strong said after the win.

“We can’t get complacent. You want a game like this. It’s not as much pressure as they think it is but you have to play well to win games.”

Saturday’s game will be the season opener for Stony Brook, which went 5-6 overall last term. 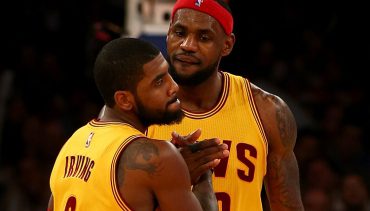 It’s the weekend in the Big Ten we’ve all be waiting for; No. 2 Ohio State v No. 3 Michigan. A game that could shake up the college football top four.

(Sporting Alert) — AC Milan striker Mario Balotelli will start for Italy when they take on the Netherlands in the friendly football international at the Amsterdam Arena on Wednesday. Watch Live on ESPN3.com and | Netherlands v Italy Follow Live Football Scores Balotelli made his long-awaited return to Italy during the January transfer window after several controversial…