Kawhi Leonard scored a career-high 35 points on 10-for-21 shooting from the floor and connected on all 15 of his free throws to lead the way for the Spurs.

Leonard also picked up five steals, pulled down five rebounds and dished out three assists in the win at ORACLE Arena.

Fellow forward LaMarcus Aldridge grabbed a double-double of 26 points and 14 rebounds, while Jonathon Simmons scored a career-high 20 points off the bench in 28 minutes and connected on 3 of his 5 attempts from 3-point range.

Kevin Durant, in his season debut for the Warriors, played a team-high 37 minutes and finished with 27 points, 10 rebounds, four assists, two steals and two blocks and shot 11-of-18 from the floor.

Stephen Curry added 26 points and four assists, but turned the ball over four times and missed seven of his 10 attempts from 3-point range.

Elsewhere, Draymond Green had 18 points, 12 rebounds, six assists and five steals, while Klay Thompson went 5-for-13 from the field overall and 1-for-6 from long-range for 11 points.

Patty Mills connected on three of his five 3-pointers and contributed 11 points, five assists and four steals and Manu Ginobili ended with 10 points for San Antonio, which went 12-for-24 from 3s and shot 48-percent from the floor overall.

James collected his 43rd-career triple-double after finishing with 19 points, 14 assists and 11 rebounds in 32 minutes.

Irving scored 29 points, four assists, two rebounds and two steals and Love ended with 23 points, 12 rebounds, three steals and two assists in the win for the Cavs, who were presented with their rings and lifted their championship banner before the game.

For the New York Knicks, Carmelo Anthony scored 19 points and Derrick Rose added 17 in the defeat.

At Moda Center in Portland, Damian Lillard had 39 points, nine rebounds and six assists and the Trail Blazers extended their winning streak in home openers to a league-record 16 straight games after beating the Utah Jazz 113-104 Tuesday night.

CJ McCollum added 25 points and Allen Crabbe finished with 18 points off the bench for Portland.

Joe Johnson scored 29 points in his debut with the Utah Jazz, Rodney Hood added 26, while George Hill scored 19 and Rudy Gobert finished with 12 points, 14 rebounds and two blocks in the defeat for Utah.

LOS ANGELES (Sporting Alert) — The Los Angeles Clippers are one win away from making a franchise maiden conference finals after they beat the Rockets 128-95 in Game 4 of the Western Conference semi-finals on Sunday. Box score Dennis Smith Jr. pace NC State to a massive upset victory over the No. 17 Duke Blue Devils for the Wolfpack’s first win at Duke since 1995. 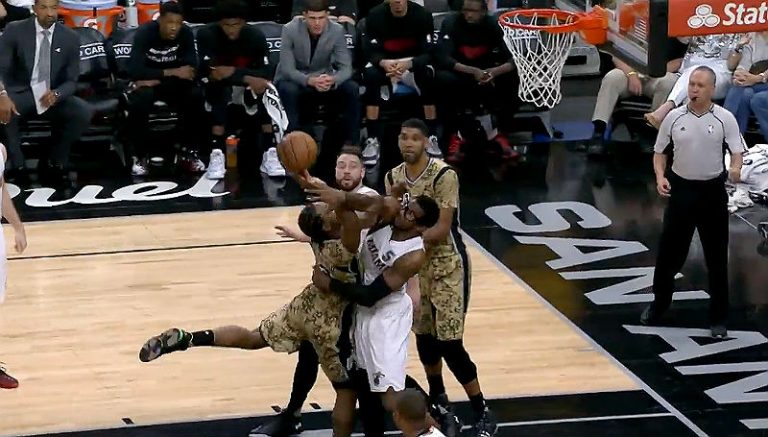 Here is the NBA schedule today, which will tip-off at 1:00 pm ET, plus the NBA results last night. Check out all the last news, results, and report from the NBA today!