COLLEGE STATION, TX, Sporting Alert — The 2017 NCAA Baseball tournament continues on Thursday with four games in the Super Regionals as the hunt for College World Series places heat up.

Action in the College Station, Corvallis, Long Beach and Louisville Super Regional Round will kick-off the best-of-three game series at campus sites. Stream all the games live on WatchESPN. Follow all the scores and updates on the NCAA.com official website.

Among the ball clubs scheduled to play on Friday is Oregon State, the No. 1 overall seed in the NCAA tournament.

After breezing through the Regional round, the Beavers (52-4) will take on Vanderbilt (36-23-1) in the Corvallis Super Regionals at Goss Stadium at Coleman Field, hoping to deliver a similar performance in their quest to earn a trip in Omaha.

Vanderbilt, meanwhile, advanced to the Super Regionals after beating Clemson in the regional round.

The Commodores finished their regional schedule with a 3-1 record after bouncing back to beat Clemson 8-0 in the elimination game last Monday night.

Game time for the Oregon State vs Vanderbilt clash is set for 9:00 p.m. ET, live on ESPN2. Online streaming coverage is on WatchESPN.

At the Blue Bell Park in College Station, tournament surprise package Davidson (35-24) will aim to keep its winning momentum against Texas A&M (38-21) in the ball clubs’ three-game-series.

Live coverage of this game is at 3 p.m. and broadcasting on ESPN2. WatchESPN will have live streaming coverage as well.

Davidson shockingly knocked off No. 2 national seed North Carolina twice to win the Chapel Hill Regional and progress with an undefeated record.

Elsewhere on Friday, Cal State Fullerton, the first team to book a Super Regional slot, should be well rested and ready for its battle with Big West rival Long Beach State (41-18) at Blair Field.

The Titans (37-21), who are making their 13th trip to the Super Regional round, went a perfect 3-0 to win the Stanford Regional crown.

Long Beach booked its place in this round after rallying from the loser’s bracket to win the Long Beach Regional.

The 49ers (41-18) and Fullerton met six times during the regular season, with Long Beach winning five of the six contests.

This one will kick-start the program on Friday at 12:00 p.m., and live television broadcast is on ESPN2.

WatchESPN will stream the game live as well. LSU opens the 2021 NCAA Baseball Regional tournament on Friday against Gonzaga in the NCAA Eugene Regional with live streaming on ESPN3. The 2021 NCAA Baseball Regional tournament scores and results from Friday, June 4. Complete scores and report is included in this story.

College basketball scores, results and highlights from the games that were played on Feb. 4, as six of the AP Top 25 teams fell on the busy day. 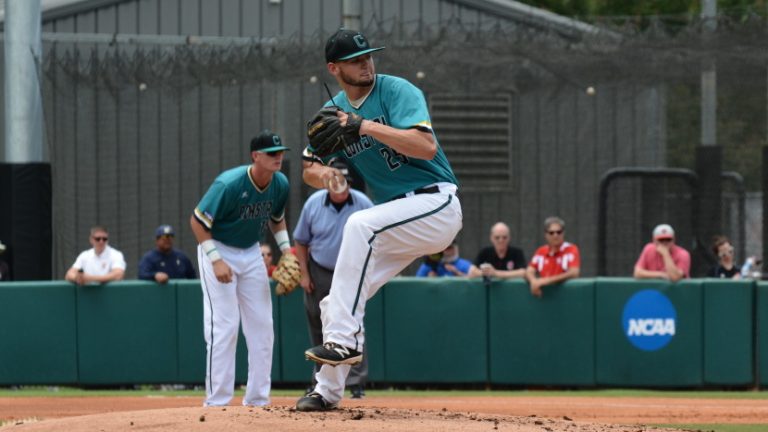