Reds manager Brendan Rodgers made three changes to his side for the clash with goalkeeper Simon Mignolet, Jon Flanagan and Raheem Sterling all returning to the starting XI.

Mignolet comes back to replace Brad Jones, Martin Kelly is replaced by Flanagan, while Raheem Sterling takes the place of Victor Moses on the flank.

Exciting midfielder Ross Barkley is amongst the starters for Everton, so too are Steven Pienaar, Antolin Alcaraz and Phil Jagielka.

However, loan signing Lacina Traore was not included in the match day squad, while Steven Naismith is on the bench. 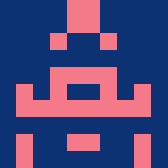