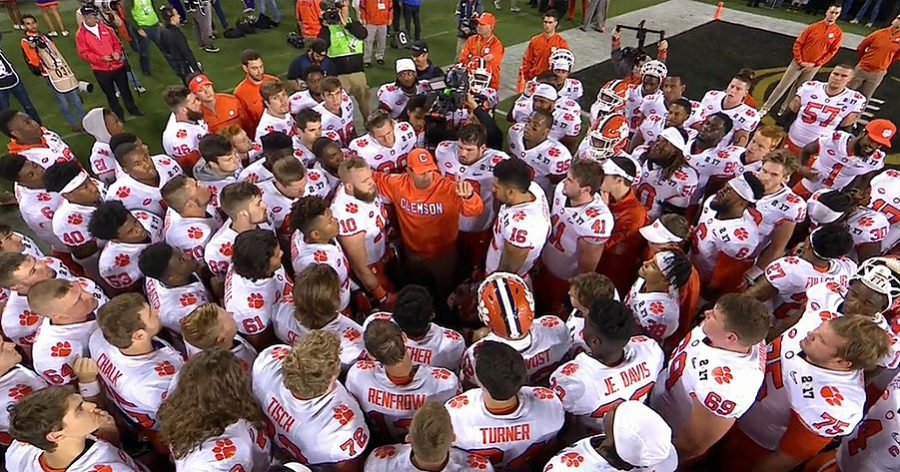 No. 1 and Champs Clemson Opens Up

A number of games are listed for tonight, including the fixture involving defending College Football Playoff champion and No. 1 Clemson against Georgia Tech at Memorial Stadium.

Kick-off time for this game is set for 8:00 pm ET, with live coverage on the ACC Network.

A total of four ranked teams will be in action on Thursday’s opening week, with No. 17 UCF going up against Florida A&M at Spectrum Stadium in Orlando, opening up those fixtures at 7:30 pm on the CBS Sports Network.

Other games involving ranked teams are No. 12 Texas A&M hosting Texas State in College Station, live on the SEC Network at 8:30, and No. 14 Utah at BYU at the LaVell Edwards Stadium, live on ESPN and streaming on WatchESPN.

Four games are also slated for the ESPN3 schedule on Thursday night.

Wagner will take on Connecticut at Pratt & Whitney Stadium at Rentschler Field in East Hartford, while Morgan State and Bowling Green will face-off at Doyt Perry Stadium.

Meanwhile, two games are streaming on the ESPN3 schedule that are starting at 8:00.

Albany and Central Michigan will meet at Kelly/Shorts Stadium in Mount Pleasant, MI, while Florida International and Tulane are scheduled to battle at Yulman Stadium in New Orleans.

In a nationally broadcast game at 7:00pm, UCLA and Cincinnati will open their campaign against each other, live on ESPN and streaming on WatchESPN, at Nippert Stadium in Cincinnati, starting at 7:00 pm. Here are the site hosts and complete matchups for the 2017 Super Regionals, with the likes of Oregon State and LSU lead the hunt to secure NCAA 2017 College Baseball World Series places.