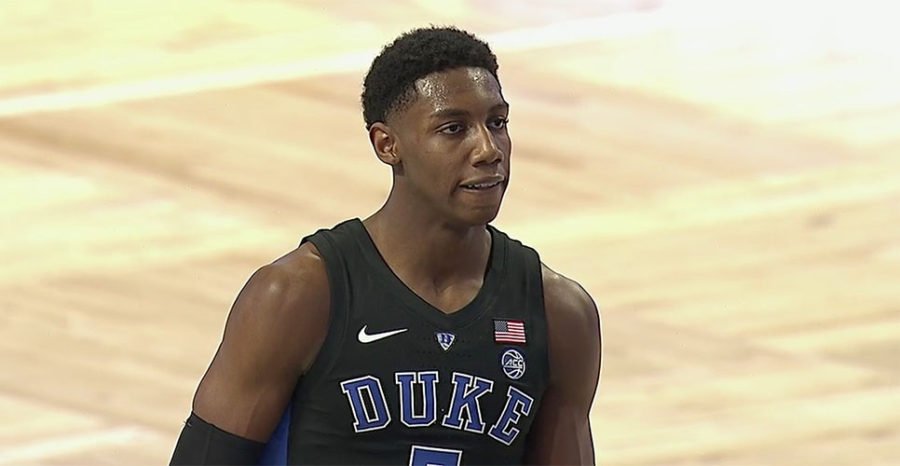 Barrett, who made 6 for 10 from 3-point range, including his first five tries, also grabbed seven rebounds for Duke, which raced out to a 19-9 lead in the opening eight minutes.

Zion Williamson had 18 points with five rebounds, five assists, three steals and three blocks, while Cam Reddish hit 5 of his first 6 shots from long-range to finish with 17 points for the Blue Devils (21-2, 9-1 Atlantic Coast Conference), who shot nearly 62 percent (13-21) from 3-pointers.

Tre Jones, who missed Duke’s win in the first game, contributed 13 points, seven assists and six rebounds, while Marques Bolden played a big role at both ends of the court for the nation’s second-ranked ball club.

De’Andre Hunter scored 11 points and Braxton Key had 10 rebounds for the Cavaliers, who saw their 13-game home winning streak snapped.

Duke returns to action on Tuesday night at No. 16 Louisville

Virginia heads to Chapel Hill to play No. 8 North Carolina on Monday night. Angel Gomes sealed victory for Manchester United to remain perfect in preseason with a 2-1 win over Tottenham in China. Latest NFL scores and results after the games that were played in Week 5 on Sunday (9). Tom Brady returns to pass for over 400 yards in Patriots win.