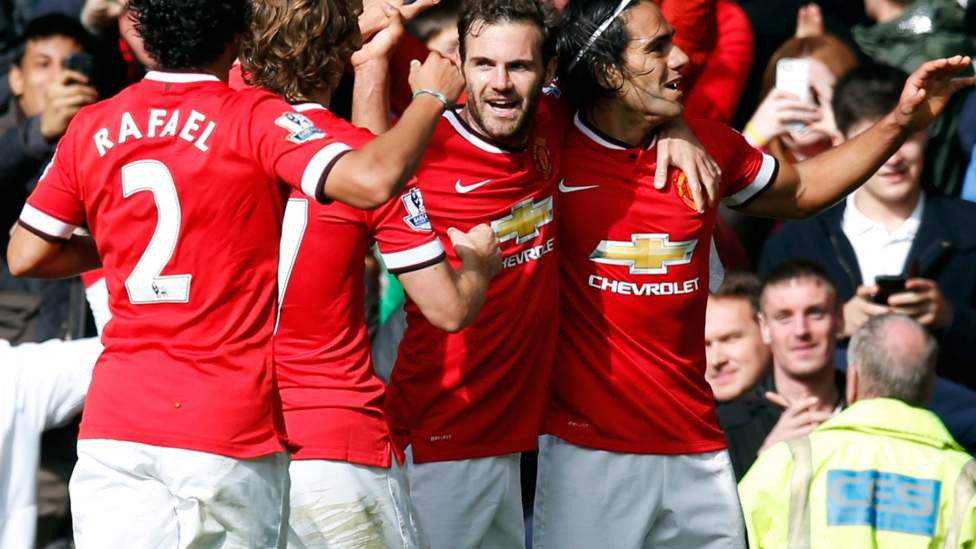 MANCHESTER (Sporting Alert) — Manchester United beat Everton 2-1 in the English Premier League on Sunday without captain Wayne Rooney and several former EPL players and experts believes the England forward could be in trouble.

Rooney was out suspended after he picked up a red card in the win over West Ham United last week.

Juan Mata replaced the skipper in the No. 10 role against Everton and he looked very comfortable and even picked up an assist on the Angel Di Maria opening goal.

The panel also discussed how manager Louis van Gaal will manage all his star attackers.

Former Arsenal defender Martin Keown: “There’s not many games for Manchester United to play this season, and there is a balancing act to fit everyone in. Juan Mata has slotted in easily and he played a lovely ball in to Angel Di Maria for the goal. Wayne’s making life difficult for himself at the moment but surely Louis van Gaal will find a way to get him in.”

Sunday Mirror journalist Andy Dunn: “We wondered how Manchester United would fit all these players in but I have to say against Everton today, without Rooney, they look more balanced. Mata fills that position well and flourish there.”

Former QPR and Man City winger Trevor Sinclair: “Managers sometimes get lucky with injuries and suspensions and they don’t have to make those decisions. It can be out of their hands.”

Angel di Maria and Radamel Falcao scored the goals for Manchester United, with the latter netting his first in a United shirt since his deadline day move.

Spanish goalkeeper David de Gea pulled some magnificent saves, including a late first half penalty kick and late save to earn Manchester United the three points.

The Everton goal was scored by Steven Naismith.