Mahomes, who failed to penetrate the Jaguars defense last year, wasted no time in getting the new season underway after he connected with Watkins for a 68-yard touchdown in the opening drive of the game.

The reigning NFL regular season MVP also found Watkins for a 49-yard score in a very fruitful first quarter in which he threw for 211 yards on 8 of 9 completed passes, the most yards in the first quarter since 2004.

Mahomes went 25 of 33 passes for 378 yards and three touchdowns in the game. He impressively had 313 yards passing in the first half alone.

Meanwhile, Watkins, who according to ESPN’s Stats and information hit 21.33 mph for his 68-yard TD reception, tallied 151 yards with two TDs in just the first quarter.

He finished the game with nine receptions for a career-high 198 yards and three TDs.

Meanwhile, Nick Foles, who was making his debut for the Jaguars, was knocked into the ground and out of the game in less than a full quarter in his first fame with his new team.

The Jacksonville quarterback suffered a left shoulder injury after taking a hit from Chiefs defensive tackle Chris Jones after he delivered the ball on a 35-yard touchdown pass to DJ Chark.

Foles was replaced by rookie Gardner Minshew, the team’s sixth-round pick in the NFL draft and he went 22 of 25 on completed passes for 275 with two touchdowns and an interception.

“It’s not the way you want to start your time here,” said Foles, who signed a four-year contract in March.

“Sometimes things don’t happen like we expect them to, but we just have to have faith that it’s for a reason.”

Chark took four catches for 146 yards and Chris Conley ended with six receptions for 97 yards and a score against his former club in defeat.

HILL OUT FOR WEEKS

The Chiefs star receiver Tyreek Hill also left the game early with a shoulder injury was also ruled out prematurely in Week 1. He had two catches for 16 yards before his premature departure.

Kansas City has confirmed that he will miss a few weeks of action to heal the problem.

Meanwhile, Jacksonville linebacker Myles Jack, a team captain, was ejected from the game in the second quarter. He reportedly apologized to the team in the locker room and vowed to not let it repeat again. 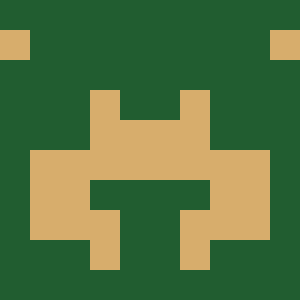 No. 10 Texas emerges with win from tight battle at No. 7 Kansas State