MIAMI, FL, Sporting Alert – The NBA schedule for Tuesday, November 1, with Cleveland, San Antonio and Golden State all in action.

The Cavaliers, who are the ESPN Basketball Power Rankings top side, according to the latest release on Monday, go in search of their fourth win of the season against the Houston Rockets at Quicken Loans Arena.

LeBron James heads into this game averaging 21 points, 10 assists and 8.3 rebounds per game and shooting 50-percent from the floor, and he and his Cleveland teammates are listed as 9-point favourites against the Rockets.

Houston (2-1) will look to guard James Harden, who is averaging 29.3 points and 10.3 assists per game to provide the main power on offense, with Clint Capela, the team leader in the rebounds and blocks column, directing the team on the defensive side.

Kawhi Leonard and the San Antonio Spurs (4-0) head into tonight’s NBA schedule against the Utah Jazz in search of their fifth straight victory in the young season.

Leonard, who has been given the freedom of leading the team, following the retirement of Tim Duncan after last year’s playoffs, is averaging 28 points per game and has 30+ performances so far from four appearances this campaign.

San Antonio has already defeated the Warriors, Kings, Pelicans and Heat this season.

Meanwhile, George Hill is tallying 20 points, 4.0 assists and 2.3 rebounds per game this season for the Jazz, who were beaten 88-75 by the Clippers in their last outing.

The highlighted NBA game to watch live on Tuesday night in the Western Conference battle between the Golden State Warriors and the Portland Trail Blazers.

Both teams are much improved since they last met in the playoffs last season, while the fixture will include two of the top five early leading scorers in the lead at the time of this report.

For Portland, Damian Lillard, who is expected to be in the MVP discussions again this season, is averaging 35 points per game, which is fourth in the league, while Kevin Durant of the Warriors is putting up 31 points per contest for his new team.

Lillard is also pulling down 8.0 rebounds and dishing out 5.3 assists for the Trail Blazers, with Durant also contributing 10.3 boards and 4.7 assists for Golden State.

With the likes of Stephen Curry, Klay Thompson and Draymond Green also in the line-up, the Warriors are being back as 5-point favourites to win Tuesday night’s game.

Watch the battle for the last two NBA playoff places, as Miami Heat, Indiana Pacers and Chicago Bulls try to make it from the Eastern Conference. OAKLAND, Sporting Alert – First half update from the NBA playoffs Western Conference finals Game 7 battle between the Golden State Warriors and the Oklahoma City Thunder at the Oracle Arena. OKLAHOMA CITY, Sporting Alert — Russell Westbrook will lead a new-look Oklahoma City Thunder when they open their season against the New York Knicks at Chesapeake Energy Arena on Thursday night. 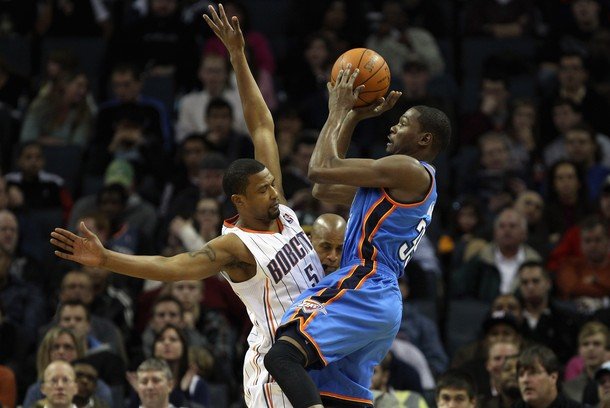