The Spartans (18-3, 6-2 Big Ten), who moved up three places in the latest AP Top 25 rankings on Monday, have won two straight since being upset by in-state rival Michigan.

In the first of its three scheduled games this week, Michigan State defeated Illinois 87-74 four days ago and will hope to make it two from two as it continues to keep tabs on Purdue and Ohio State in conference play.

In the win over the Fighting Illini on Monday, Bridges poured in 31 points with eight rebounds and two blocks.

“Bridges was a man in every way, shape or form,” Michigan State coach Tom Izzo said.

Freshman Jaren Jackson Jr. added a career-high 21 points, 11 rebounds and six blocks in the win against Illinois for the Spartans.

Wisconsin, in the meantime, has been struggling in conference play this season and is hoping for a better performance in what is expecting to be another challenging road trip on Friday night.

The Badgers (10-11, 3-5) are coming off a disappointing 85-67 loss to Iowa on Tuesday night, their worst outing this season and it was their fourth defeat in the last five games overall.

Wisconsin shot 40.0 percent from the field, which would probably win quite a few other games this term, but the Hawkeyes shot 51.7 percent and never trailed.

“We allowed too much at the rim and made life too easy early for them,” Wisconsin coach Greg Gard told the media outlets. “We were never able to establish our footing defensively.

“This group has not taken those steps where we need to take them consistently. We are not built offensively to make it a shootout.”

According to ESPN’s Basketball Power Index, Michigan State has a 94-percent chance to win the game. 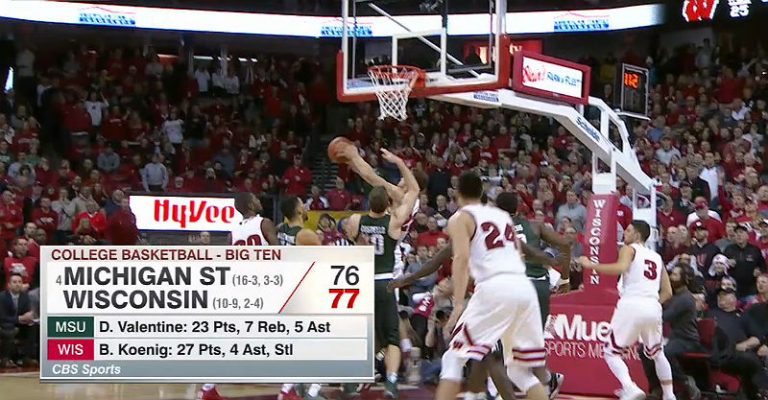