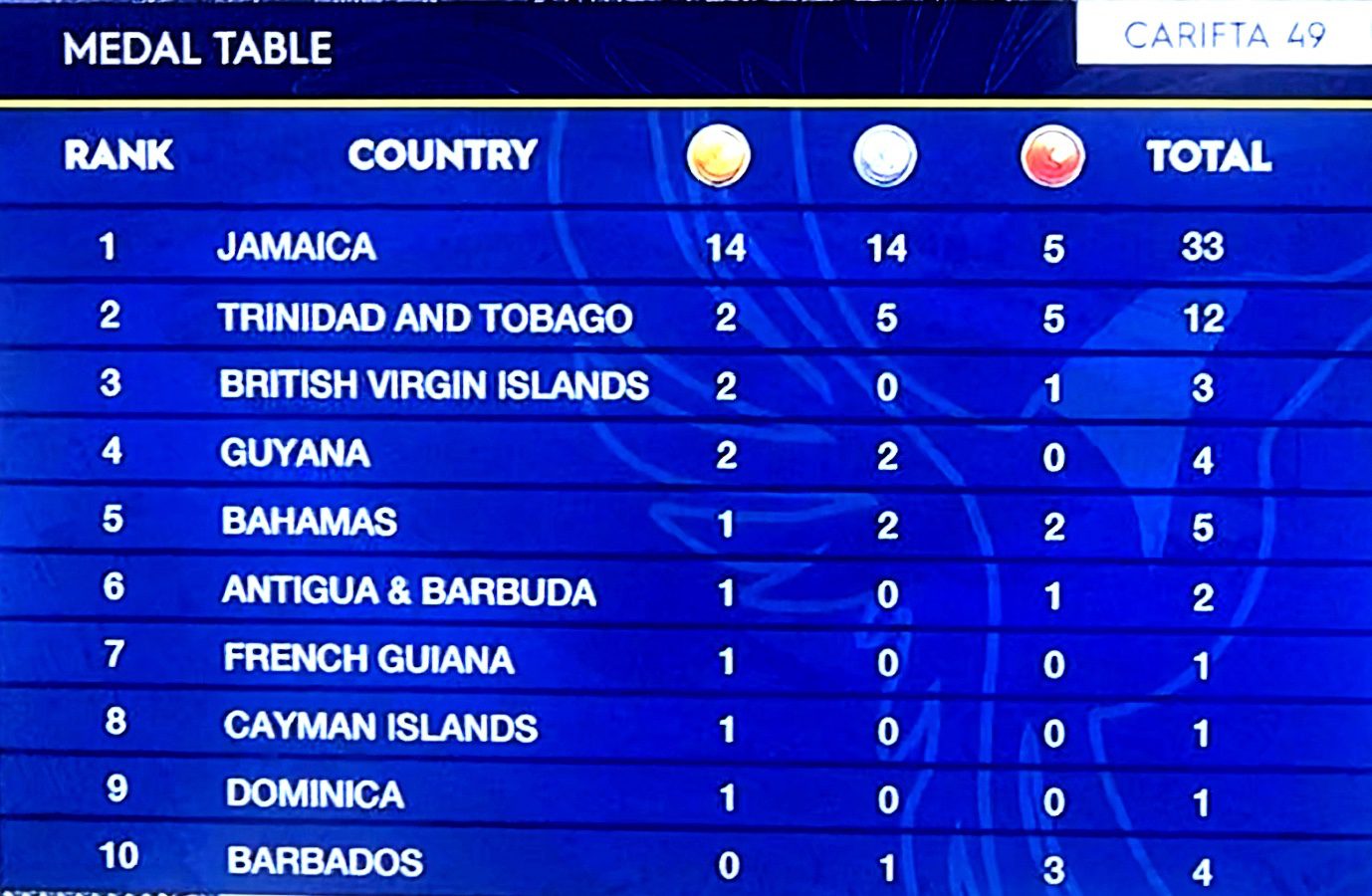 KINGSTON, Jamaica — Host nation Jamaica holds a sizable lead atop the medal standings after the morning session on Day 2 at the 2022 Carifta Games at the National Stadium in Kingston. A total of nine countries have already won at least one gold medal at the championships thus far.

READ MORE: Carifta Games Day 2 schedule and how to watch and listen – April 17

At the end of the early session on Sunday morning, Jamaica finished with 14 gold medals and as expected, leads the overall medal chart by a large margin.

In total, the Caribbean powerhouse has 33 medals, including 14 golds, 14 silvers and five bronze medals.

After sweeping the 400m finals en route to collecting 13 gold medals on the first day of competition on Saturday, Jamaica added another gold medal on Sunday through Jaydon Hibbert, who won the U20 boys’ long jump title.

Meanwhile, Trinidad and Tobago sits second in the medal standings with 12 in total. Read more: Day 2: Carifta Games 2022 order of event schedule; How to watch?

The twin-island so far has two gold medals to go with five silvers and five bronze.

The British Virgin Islands comes next with two golds and a bronze for a collection of three overall medals, while Guyana has four medals at the moment, including two golds and two silvers.

Rounding out the top five teams on the medal chart is The Bahamas with one gold, two silvers and a pair of bronze for a total of five medals overall.

Antigua and Barbuda, French Guiana, The Cayman Islands, and Dominica have all won a gold medal at the 2022 Carifta Games so far.

Barbados has four medals, including three bronze and a silver.

The championships will continue on Sunday afternoon with a host of finals including the 4x100m relays and I am expecting more fireworks from the hosts.