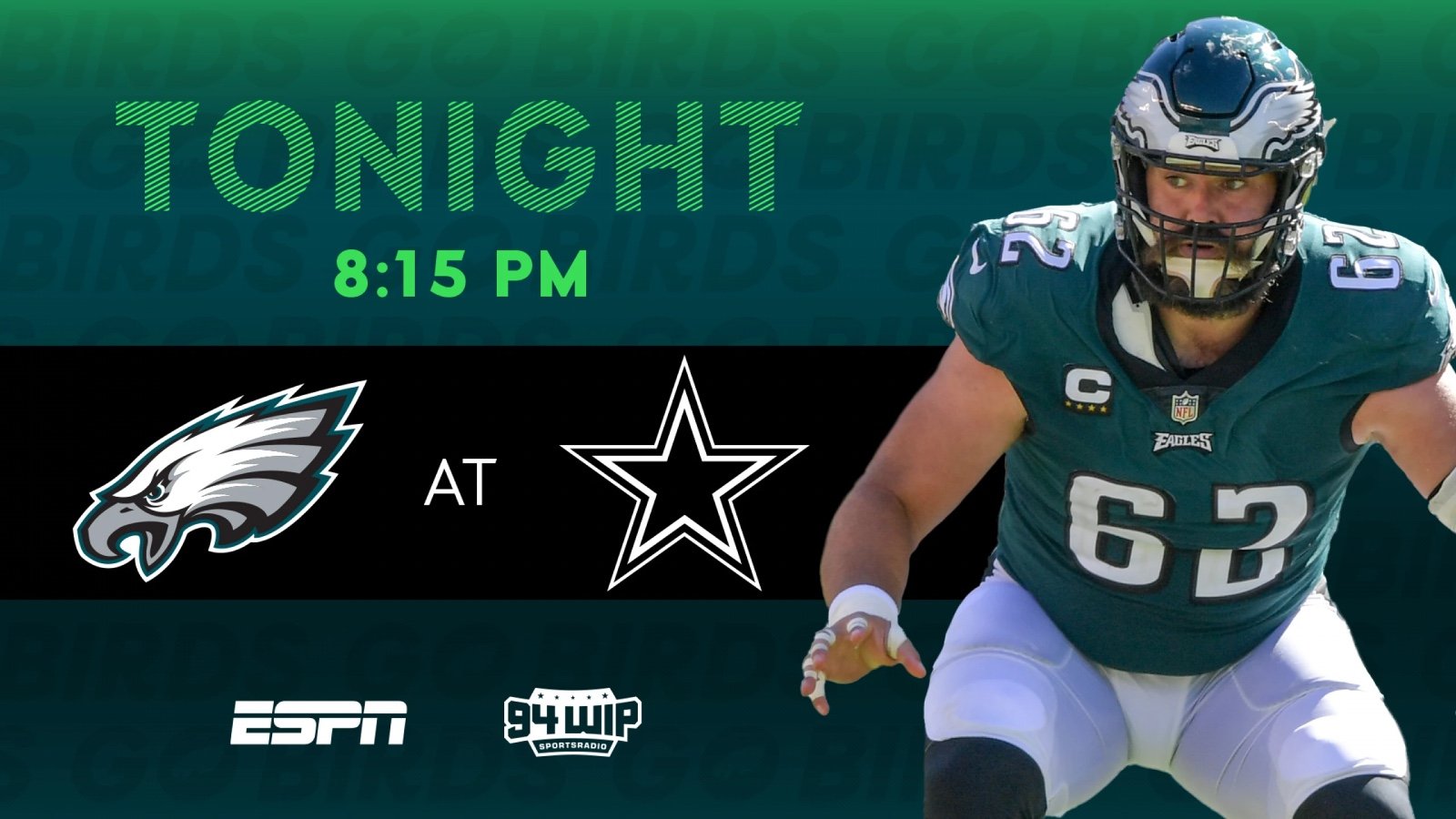 ARLINGTON, TX — Here you can find the inactive players and how and where to watch live streaming of the Monday Night Football game between the Philadelphia Eagles and the Dallas Cowboys.

The game at AT&T Stadium here in Arlington, Texas, will start at 8:15 PM ET, and ESPN will provide the national television coverage. Watch live streaming on WatchESPN.com and the ESPN App. Watch For Free on NFL | PhiladelphiaEagles.com/LiveRadio

Quarterback Will Grier, as expected, is listed as inactive for the Cowboys (1-1) and this is not a surprise for tonight’s game, given that Grier is the third quarterback on the home side’s list.

ALSO READ THIS: No. 2 Georgia cruised to a 62-0 win over Vanderbilt, highlights, box score

Defensive end Dorance Armstrong is also inactive for the Week 3 fixture against the Philadelphia Eagles (1-1), out with an ankle injury.

Safety Donovan Wilson will miss his second-straight game with a groin injury, and he’s also joined on the inactive players’ list by Ty Nsekhe, and Carlos Watkins.

Meanwhile, Zach Ertz (COVID) is active for the Philadelphia Eagles for the Week 3 clash against the Cowboys.

Ertz spent five days on the COVID list before being activated Saturday. He should be ready to go tonight, filling his role next to Dallas Goedert in the Eagles’ TE slot. WASHINGTON, DC, Sporting Alert – Kurt Zouma will partner Gary Cahill in the heart of the defense for Chelsea in tonight’s International Champions Cup against Barcelona at FedExField. INDIANAPOLIS, Sporting Alert — The Jets forced 5 turnovers, including 3 interceptions off QB Andrew Luck in a 20-7 win at the Colts in Monday Night Football.