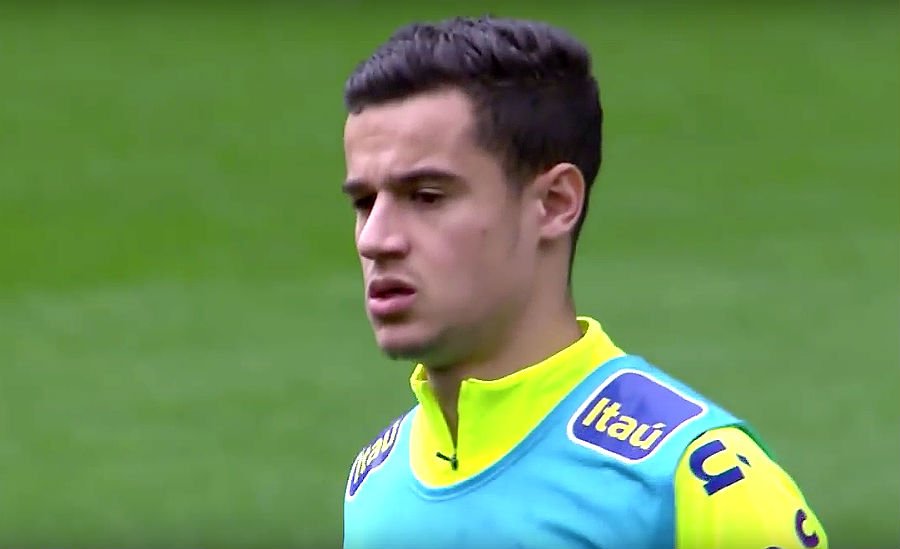 LIVERPOOL, Sporting Alert – Some very interesting team news coming out of Anfield for today’s Merseyside derby, and it involves Liverpool.

Manager Jurgen Klopp makes five changes from the team which beat Brighton 5-1 last weekend, but the storyline is in form forward Philippe Coutinho is only on the bench.

Coutinho captained and scored a hat-trick against Spartak Moscow in the Champions League in midweek and was expected to start again.

However, Klopp has opted to leave the Brazilian international on the bench for this one.

“We had to make a few changes,” Klopp tells Sky Sports.

Interestingly, there is also no place in the team for Roberto Firmino and former Liverpool center-back Jamie Carragher believes Reds fans will be disappointed, but opposition manager Sam Allardyce and Everton supporters will be happy.

“There’s no doubt that when this Liverpool team sheet comes in, Liverpool fans will be disappointed, and Sam Allardyce and Everton will be happy,” Carragher said.

“I’m sure Holgate and Williams will be delighted it’s Solanke up front and not Firmino.”

For Everton, Allardyce makes just the one adjustment to the team that won 2-0 against Huddersfield.

Morgan Schneiderlin, Michael Keane, Phil Jagielka and Ademola Lookman are all on the bench for Everton. English Premier League scores and the EPL standings after the games that took place on Boxing Day, December 26, Thursday. Arsenal, Manchester City and Manchester United all came from behind to score wins, while Crystal Palace secured a vital victory that lifted them out of the relegation zone.

(Sporting Alert) – Wesley Sneijder and Diego Milito are both in the starting lineup for Inter Milan for their Europa League Play-off clash against FC Vaslui. Sneijder, who seems well set to remain with the Italian side this season, despite being linked with a move earlier this summer. Those news have, however, been closed off…