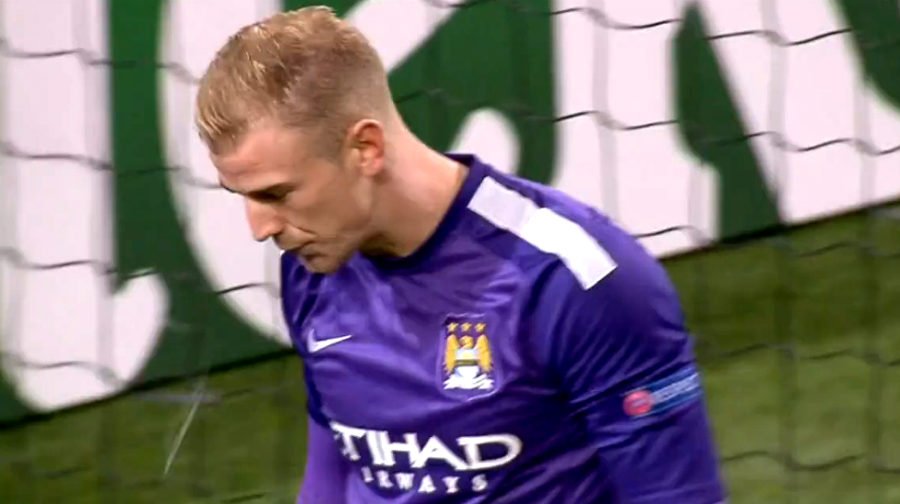 Hart, who has been linked with a move away from Manchester City, after losing his starting place when new manager Pep Guardiola took over this season, comes in for Willy Caballero, but is this just a farewell outing?

The England No. 1 was the first choice for his club last season, but passing times have now seen him fighting for his career with the English Premier League title favourites.

With the incoming Claudio Bravo, who is currently in Manchester reportedly finalizing his move from Barcelona, set to be Guardiola’s first choice in goal, Hart has now found himself as Manchester City’s No. 3 goalkeeper.

The Citizens head into tonight’s second leg battle with a sizable advantage, having won the first leg on the road 5-0.

Among the players left on the Manchester City bench for the opening kick-off are first leg hero Sergio Aguero, who scored a hat-trick and missed two penalty kicks in the first game, Raheem Sterling, David Silva and Fernandinho.

Kelechi Iheanacho has been handed the chance to lead the attack, with Jesus Navas and Nolito also starting as well in support.

Yaya Toure, Fernando, Gael Clichy and Pablo Maffeo Becerra have all been given places in the line-up by Guardiola, who has also started with Fabian Delph, John Stones and Aleksandar Kolarov.

Meanwhile, after losing the first leg of the tie by five goals, Steaua Bucuresti has already ruled out making a miraculous comeback and will give chances to a few squad players.